Occasionally a mix turns up with both GM power and one of the older UK Locomotives together.Not too often but it does happen! 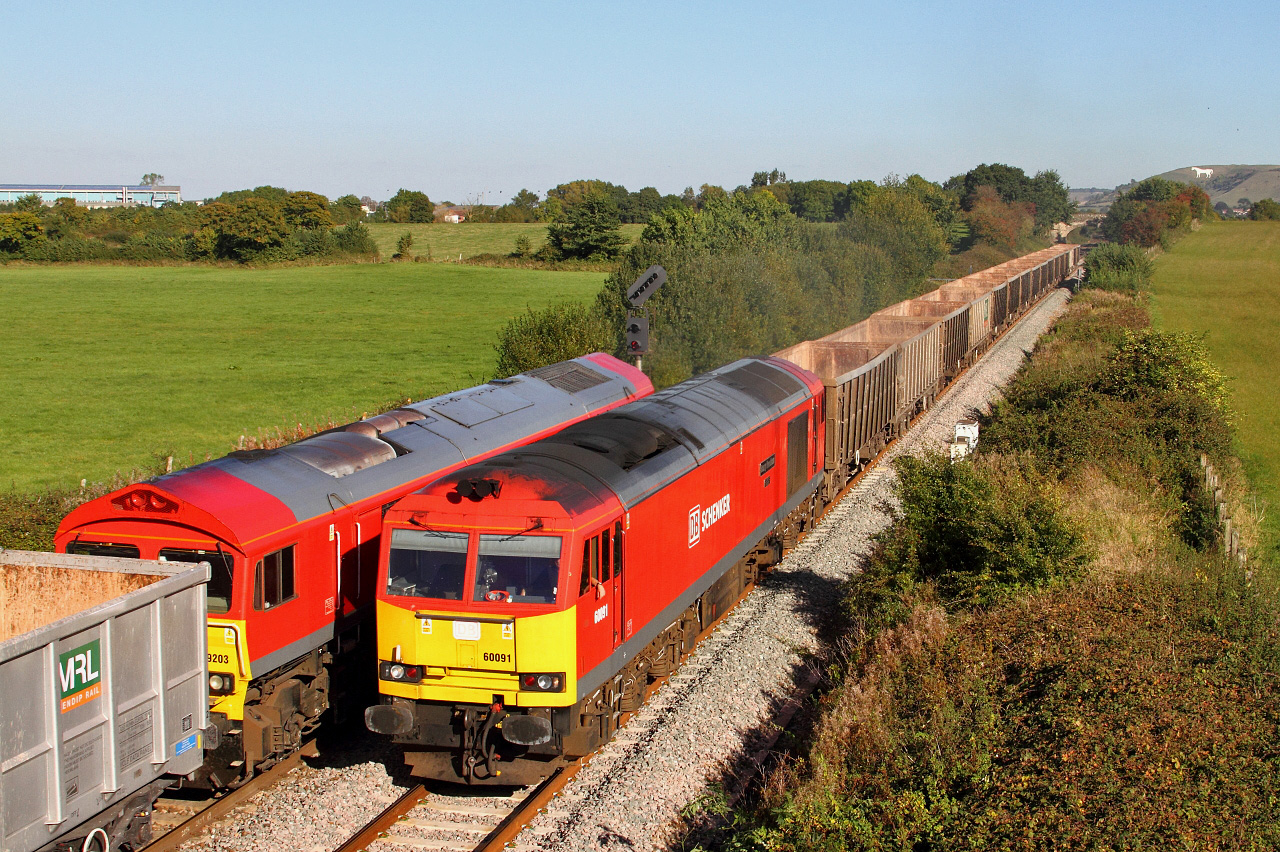 Shocking Schenker-Red action at Fairwood nr Westbury! 59203 hauling
'6C28' the 12:45 empty stone working from Exeter-Riverside to Whatley
waits for 60091 to pass so as to gain access to the Down Sidings in the
yard at Westbury. It can then reverse to go on down to the Quarry.The
'60' was also going to Whatley with '7V16' the 13:03 from Fareham.As can
be seen there is currently a bit of variety working the quarry duties.The late
afternoon being particularly busy with many duties returning empties! 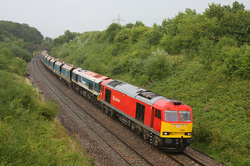 Making a surprise visit to the Mendip Quarries was Schenker-Pink 60054 here seen in double- harness with 59102 on '7C77' from Acton going down to Merehead. As can be seen it was slashing down with torrential rain about the time this working was due! Armed with an umbrella I was able to hold out until its arrival..However being well soaked from the waist down though requiring a full change of clothing when I arrived back home---just 150 yards away! 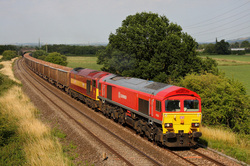 59206 with 60065 DIT passes Berkley-Marsh with the 17:00 from Westbury to Whatley-Quarry.Running as '7Z50' it is a combination of the wagons of workings from Oxford-Banbury Road and Fareham.Stunning light but it would have been so much better if the Schenker 'Pinky' had been the one that was dead....Still musn't grumble at least the sun was shining.(Actually it was a pretty close run thing!) 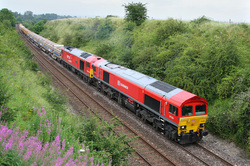 60007 which had been around Westbury for several days failed yesterday on 'Low Power' so today was added to '6O41' from Westbury to Eastleigh to begin its convoluted return route to Toton for repair.Here it is seen 'inside' 59206 climbing Upton-Scudamore Incline fairly slowly as the train today was quite heavily loaded mainly consisting of ballast filled 'side-tippers.The working passed the point at about 15mph. 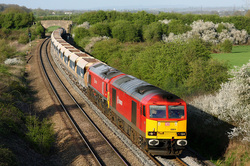 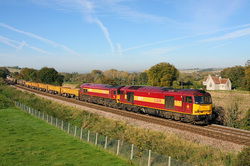 60009 with 59203 DIT heads '6O41' from Westbury going the Eastleigh.This is the daily engineers train for shuffling stock and stores up and down from the south to Westbury.Here seen passing Little-Langford in the Wylye-Valley on a lovely autumn morning.             ..25 october 2010.. 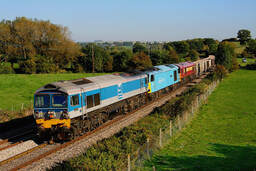