Diesel Hydraulic built for the WR over 40 years ago.All gone (76) except 2 examples preserved. 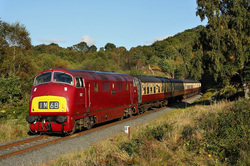 The bright maroon D821 exits Foley Park Tunnel with a set of early BR Carmine&Cream Mk-1's.This was the 16:42 from Kidderminster going to Bridgnorth.Note the milepost indicating this point is 137 miles from Paddington.It has been a few years since this engine last went there! 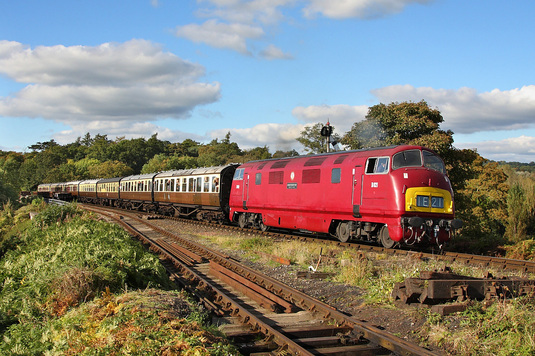 Long withdrawn Warship D821 'Greyhound' now repainted in a rather bright version of the maroon that some of these locomotives wore in their careers hums away from Bewdley going to Kidderminster from Bridgnorth  departing at 14:19. Note the twin plumes of exhaust showing all is well in the engine room as both of the power units are running smoothly. 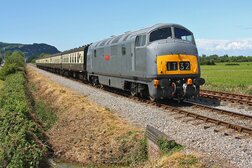 Warship D832 'Onslaught' in a rather apt Battleship Grey colour scheme which is in reality a coat of temporary undercoat approaches Dunster with the 14:00 service from Minehead to Bishops-Lydeard during a very enjoyable Diesel Gala being held that weekend. 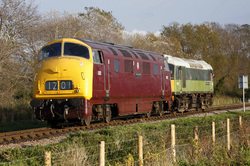 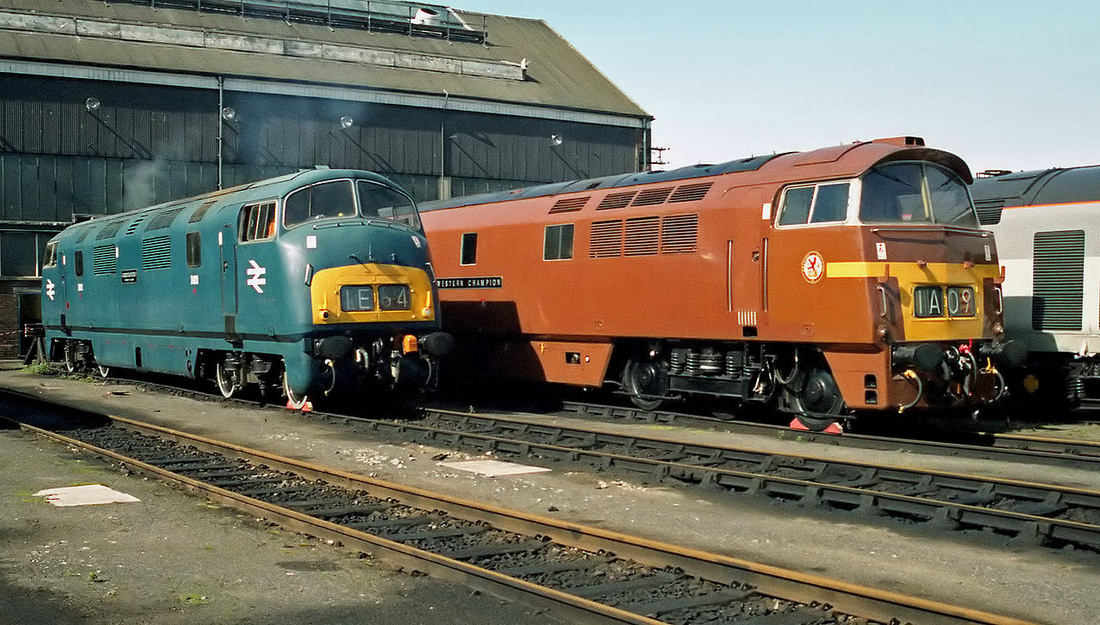 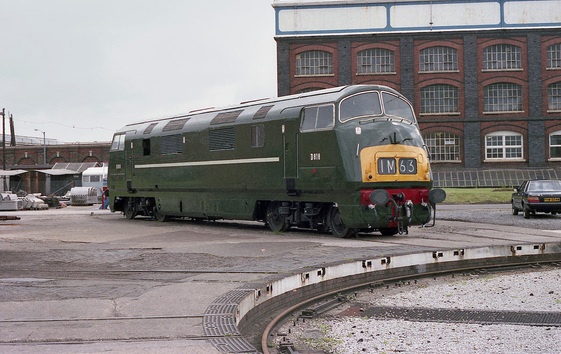 The final 'Warship' to remain at Swindon D818 'Glory' was kept there for many years as a 'Works-Pet'.Indeed many people presumed it was preserved and safe for future generations.Although it was spruced up by the Works-Apprentices for this Open-Day in 1981 it was downhill all the way after this.Not long after it was announced in 1985 (150 years after the GWR was formed) that the Works at Swindon were to close completely this loco was chopped up for scrap at very short notice.Many believing it was done out of Spite and Malice after the closure news.A pity really as no doubt if still around in 2013 would certainly be a much treasured historic asset.
..06 june 1981.. 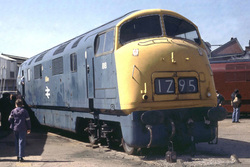 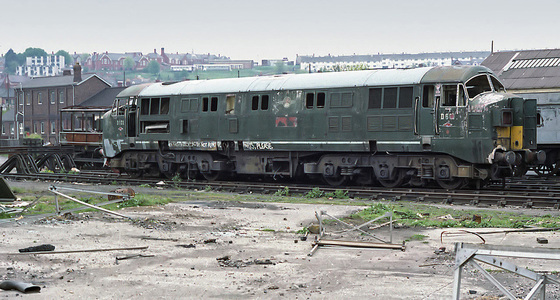 Truly 'The one that got away!' The sole remaining example of the early D600 series of 'Warships' of which 5 were originally built by North-British.  D601 'Ark Royal' stands un-loved and forgotten at Woodhams-Yard in Barry South-Wales.Considering what has been achieved in the decades that followed in restoration work on many 'Project Impossibles' this would have been an easy restoration.However the focal point of the presevationists then was just steam-steam-steam+more steam and this locomotive, if available in 2013 would be scooped up in a matter of days no matter what the cost! It did last until 1980 but was then consigned to scrap..(9 years in service and 13 in this scrapyard.)    ...................A pity.................
..May 1974.. 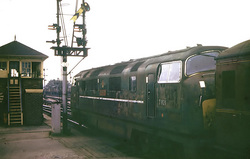 D821 at Westbury having just brought me from Paddington at High Speed .Train was to go on down to Plymouth.Ironically this is the one that was eventually preserved not that this was known at the time.
..17 august 1965..