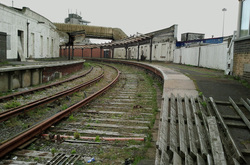 The derelict remains of the platforms of Folkestone Harbour Station.One track remains as does the '3rd-rail' for both sets of running lines.Opened in 1850 it lasted until regular service trains were withdrawn in 2001 thus making the 150 year anniversary.After soldiering on until 2009 on a diet of VSOE and Charter-Trains it was officially finally closed in 2009.The whole set up here at the Harbour including the station and even the famous viaduct are set to be demolished under plans to regenerate the entire area with a new marina and residential developments....... 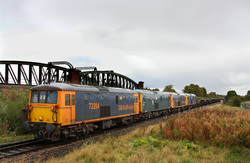 The '6Y68' from Tonbridge to Eastleigh had the luxury of 4 JB's.Here are 73204/73119/73206 and 73213 passing Battledown-Flyover relatively silently running off the 3rd-rail.Conditions were terrible as can be seen.Naturally if it had turned up around about its booked time instead of being over 100 minutes late the shot would probably have been in full sun.     Grrrrrrrrrrrrrrrrrrrrrrrrr..... 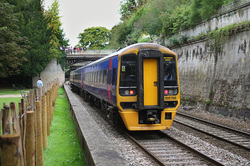 The Jackass-Fencing now installed at Sydney Gardens in Bath in the name of Health&Safety although nothing or nobody has actually died here in decades.However do not except common-sense and sanity to prevail in the paranoid world we now appeared stuck in..The majority of 'reports' from over-zealous proactive Unit/HST Drivers almost certainly all refer to people sitting on the wall enjoying Railways just as IKB intended when he built these gardens way back in 1841. The Great Man must be spinning in his grave ? Note the forlorn looking human peering over the fencing wondering where the MachineGun Tower is! So goodbye to an iconic timeless period location due to a braindead box ticker! 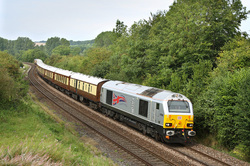 Jubilee 67026 heads '1Z86' from Westbury returning the VSOE to Chichester seen here at Sherrington in the Wylye-Valley. 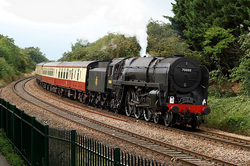 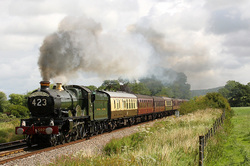 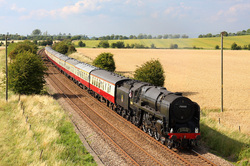 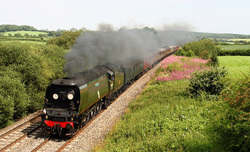 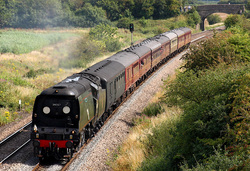 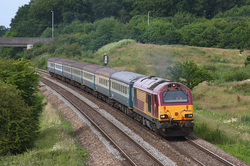 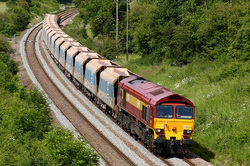 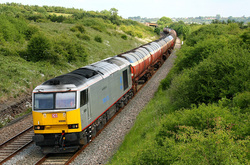 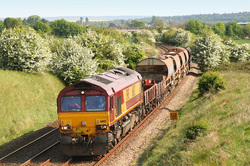 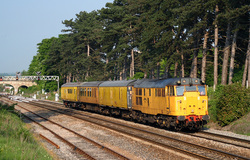 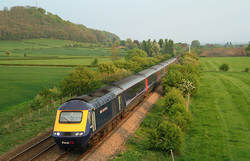 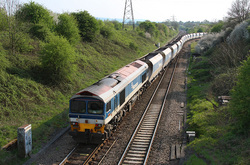 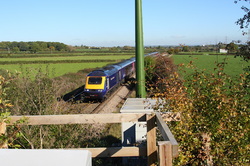 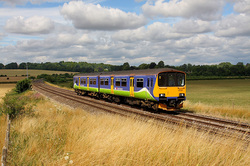 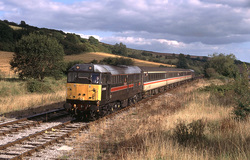