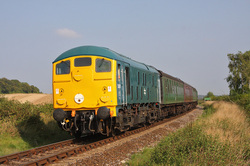 5081 (24081) rattles by on the 15:40 from Alton to Arlesford.Seen at Bishops Sutton whilst the unbelievable sunny spell continued. This loco is now 54 years old and was deemed 'life expired' and withdrawn in 1981...Strangely 33 years later it is still looking and running as good as it ever did (If not better).A Credit to the group on the Gloucester&Warwick Railway that care for it! 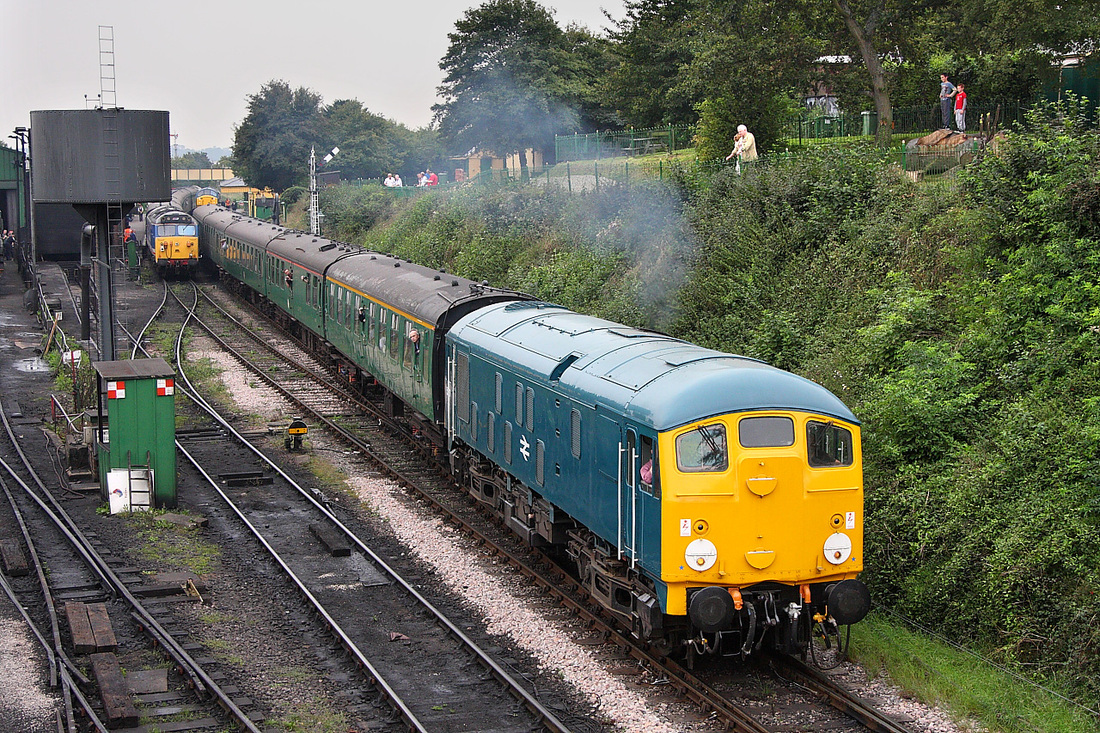 The 15:15 from Arlesford to Alton rattles away from Ropley  in fine style.24081 ,visiting from the Gloucester & Warwick Rly looking in excellent condition.A credit to all concerned in this engines welfare! 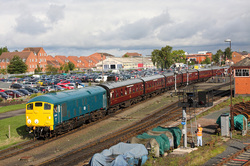 Popular visitor from the Gloucester & Warwickshire Railway was 5081/24081 looking quite immaculate in BR-Blue.Here seen departing Kidderminster going to Bridgenorth with the 10:40 off .The coaching stock for this duty is the amazing pure 'Period-3' LMS set all fully restored in Maroon. 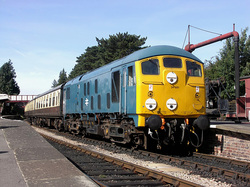 Taken during my first Summer of using a digital camera.A Minotla Dimage 7i. Here stands 24081 with a working from Cheltenham going to Toddington at Winchcombe,the main intermediate station. 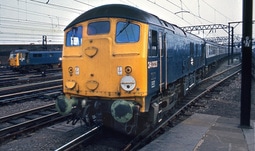 24023 runs into Crewe with a local train from the Shrewsbury direction.This  loco was removed from service about a year later and scrapped almost immediately at Doncaster such was the indecent haste in disposing of most of there now surplus Type-2 diesels because of changing operational needs.