Just under 100 of these 'Pacer' Units have been built.Little more than Bus-Chassis on rails they are not the most popular of units with Operators or passengers! 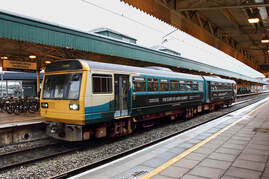 142080 again,this time working '2C41' the 16:33 Radyr to Coryton.Seen in the depths of a rather dull Cardiff-Central as the days daylight draws to close. 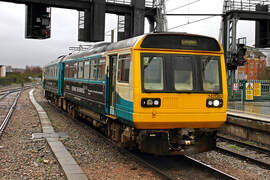 142080 rumbles into Cardiff-Central with yet another local 'Transport for Wales' service.This one going to Coryton from Radyr (15:03 off) as '2C35'. 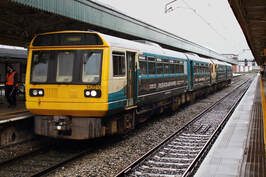 Class-142 pairing 142010/142073 stands in Cardiff-Central about to depart for Bargoed as '2D30' leaving at 15:01.Now in TFW-colours with logo's in English and Welsh claiming 'The Start of a New Journey' with this franchise holder. 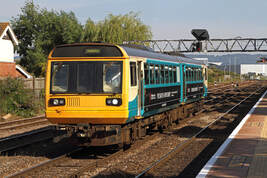 Class 142-142076 formed '2G62' the 14:15 from Maesteg to Cheltenham Spa.The picture shows the train seemingly going the wrong way but in fact it had to run through the station and reversed into platform 2 here at Gloucester as its booked platform 4 was occupied by a Class-800. This odd movement is necessary as there is no facility to enter platforms 1 or 2 from the western end of the station.All a bit crap operationally if you ask me? 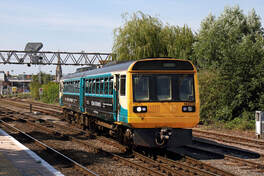 Here is one of the famed 'Bouncy Buses' 142010 running round at its destination Gloucester Station having just arrived from Cardiff-Central (Departed at 13:12) with '2G60'.
The big news is the prototype 142001 has just been claimed by the NRM for the National Collection at York. 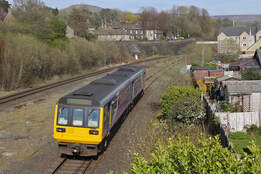 142051 runs into Chinley with '2S87' the 15:14&1/2 from Sheffield going to Manchester-Piccadilly.A somewhat sparse scene compared with a couple of decades ago with most for the track layout here rationalised (removed).... 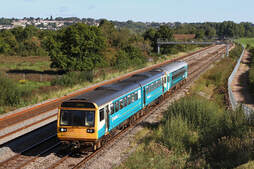 With the mainlines between Ebbw-Junction and Cardiff closed for engineering reasons all traffic is using the 'slow' lines'.That's ok with me as it produces a more balanced photograph in my opinion.So here is '2F12' the 09:10 from Ebbw Vale to Cardiff-Central using a combination of 142085 and 153312 passing Duffryn nr Newport.Each wearing a slightly different version of the ATW livery! 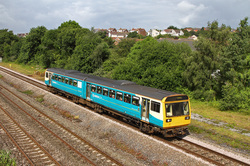 Arrive Trains-Wales Pacer 142076 lurches past Undy on '2C69' the 08:54 from Maesteg going originally to Cheltenham.Apparantly it was cancelled at Gloucester due to trespass between there and Cheltenham. 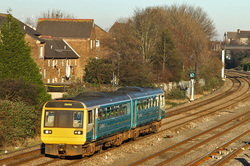 Arriva-Trains-Wales's 142073,one of the much maligned 4-wheeler 'bouncy-buses' passes Long Dyke Junction in the outskirts of Cardiff with '2L59' the 13:45 from Cheltenham-Spa going to Maesteg.This DMU was withdrawn in September-2018 due to a twisted chassis and had been OOS for some time being used as a spares doner anyway. 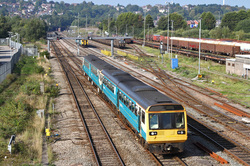 Very busy 'Bouncy-Bus' combo 142006 and 143623 comes off the Ebbw-Lale line with the 14:38 from there going to Cardiff Central.The working is listed as '2F46'.Location is Alexandra Dock Junction in Newport. 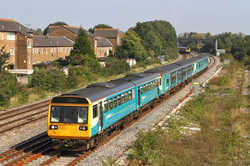 Todays Newport to Cardiff Shuttle was made up of 142069/150257 and 150282.Here it is at Long Dyke Junction approaching Cardiff Central with '2O02' the 12:22 from Newport to Cardiff.Like everything else on this day it was standing room only (just) as every seat was completely full! The welsh just love their rugby football! 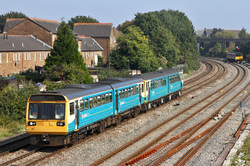 A pair of 'Nodding Donkeys' 142006/143623 run round the bend at Long Dyke Junction in Cardiff on the approach to the Central Station.They were working '2F26' the 11:37 from Ebbw-Vale to Cardiff Central. 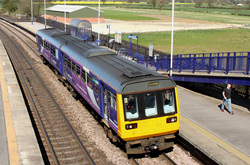 Whilst the diversions off the ECML are happening at regular intervals the regular local traffic continues unabated. Here is a 'Pacer' 142070 on '2Y89' the 15:02 from York,the destination being Sheffield.It is seen restarting this service away from Church-Fenton after dropping off a solitary passenger! 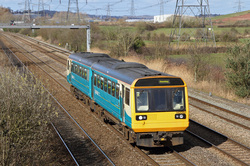 142080 is seen working '2L59' the 13:45 from Cheltenham-Spa to Maesteg,here passing Duffryn west of Newport.Arriva Trains-Wales operate fifteen of these Class-142 'Bouncy Buses' but an annoucement has just been made that the entire UK fleet will be withdrawn by 2020.This is because the Units do not comply with 'The Disability Discrimination Act-1995' and as they are not to modified are doomed to go! 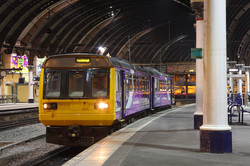 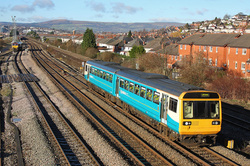 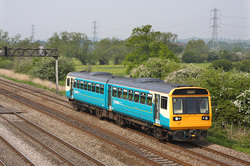 Arriva-Bouncy-Bus 142081 scuttles past Coedkernow with the 09:15 from Maesteg heading for Cheltenham. 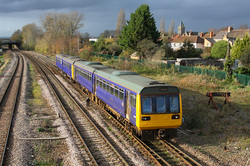 Bouncy Donkeys 142030 and 142001 having departed Devon for the last time and driven into history are seen passing Taunton heading north to Newton-Heath from Exeter never to return! Running as '5Z42' the working actually picked up another one (142063) at Bristol that required the wheels turning due to monster-flats.This notable 'final' working seen from the 40-steps footbridge west of the Station. 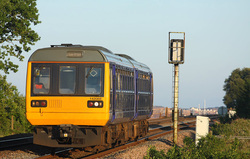 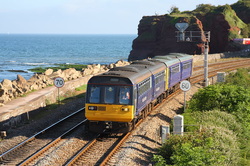 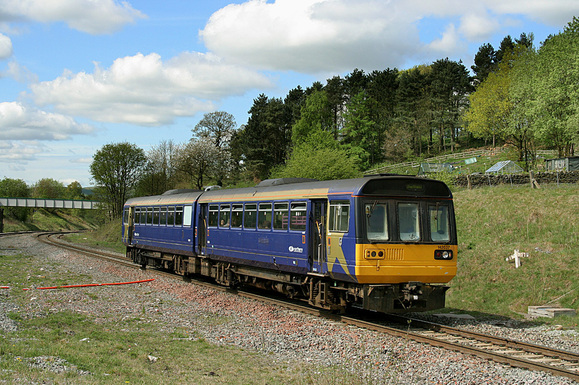 'Gold Star' Northern bouncy-bus 142137 lurches into Chinley with a stopping service to Sheffield from Manchester (Departed at 10:45). 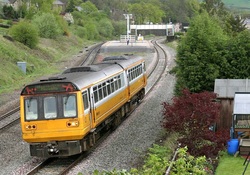 Northern-Yellow liveried 'Bouncy-Bus' 142042 gets away from Chinley with '2S21' the 09:14 service from Sheffield going to Manchester-Piccadilly (All stations).