A selection of the still reasonable variety to be seen on todays railways.
A good sunny year mainly with record sunshine during the summer months.Sadly the GWR IEP's had by the years-end largely replaced the venerable Class-43's/HST's with just a few carrying on into 2019. 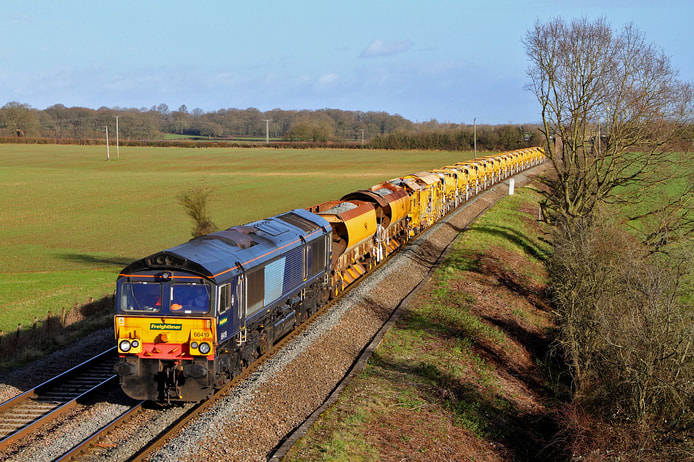 The former DRS 66419 still retains most of that previous operators livery although it has been officially a Freightliner loco now for many years.Here seen at Berkley Marsh returning '6C73' the 12:12 from Westbury back down to Taunton's Fairwater Yard.Good to see this MOBC-set back in operation there as it brings quite a few additional workings each week up and down through this area!
..16 january 2018.. 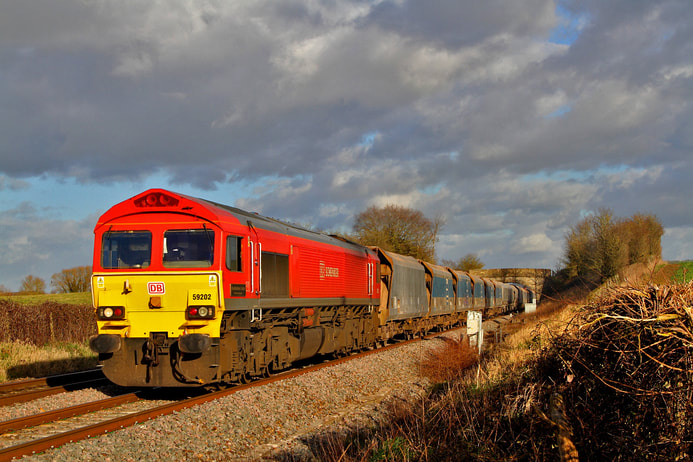 'Alan Meddows Taylor-MD Mendip Rail Limited' 59202 creeps away from Westbury with '7C77' the12:38 from Acton-TC going down to Merehead Quarry.After a 30 seconds wait whilst it crept into the frame at about 5mph the sun died a second or so after the shutter was pressed.Only a Schenker-59/2 but far far nicer in full light if possible! 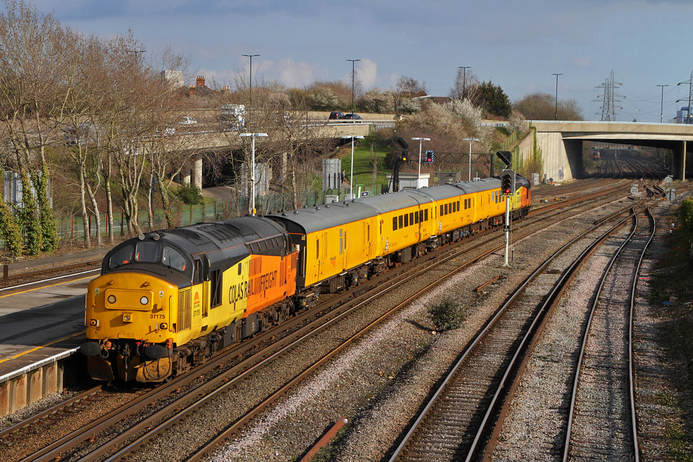 Colas Pair 37175/37154 sweeps through Millbrook with todays test-train '1Q52' that was operating an afternoon only schedule as the earlier morning part was curtailed by crewing issues.Not complaining because it was quite cloudy earlier on! It commenced this afternoons run from Southampton-Central (14:53 off) returning eventually that evening to Eastleigh-Arlington(ZG). 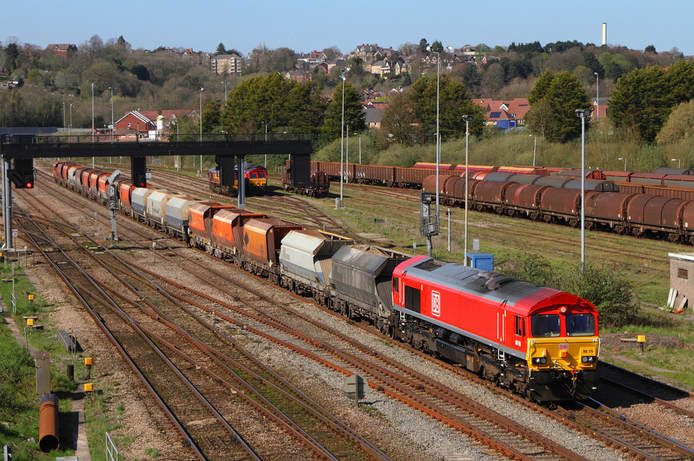 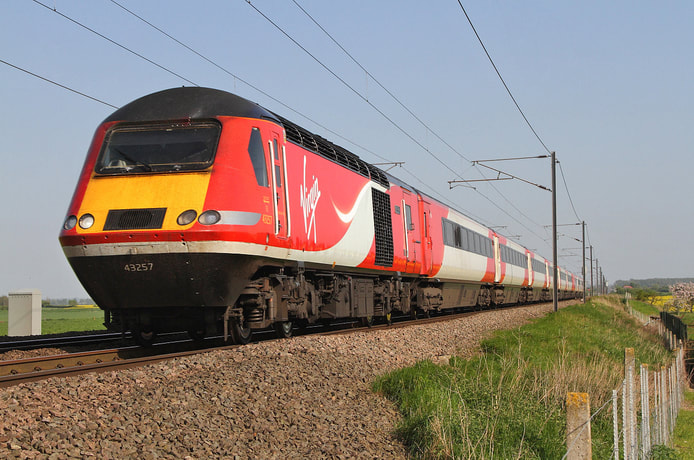 Here is a nice pose of HST Power Car-43257 hammering north at Claypole with '1S24' the 16:00 from Kings Cross going all the way to Aberdeen.This journey taking nearly 7 1/2 hours to complete.43307 was on the rear of what is Virgin East Coast's longest journey. 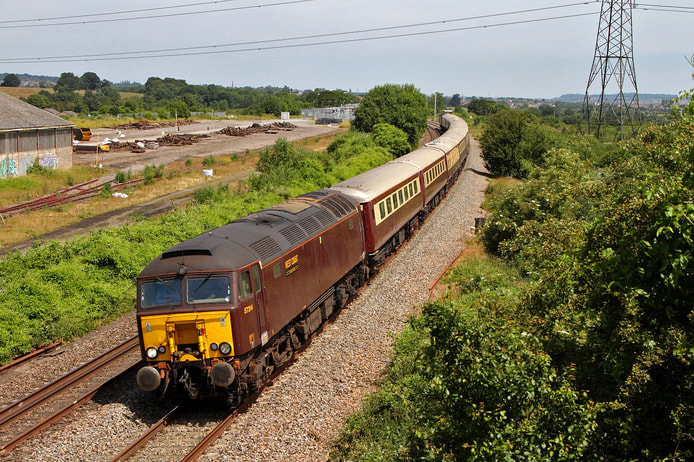 Today a 'Northern-Belle' ran from Norwich (07:25 off) to Bristol-Temple Meads running as '1Z46'.Here it is at Thingley-Junction passing the old yard there that is still unbelievably rail conected! 57314 leads with an unseen 57313 on the back of the 'Belle' coaching stock. 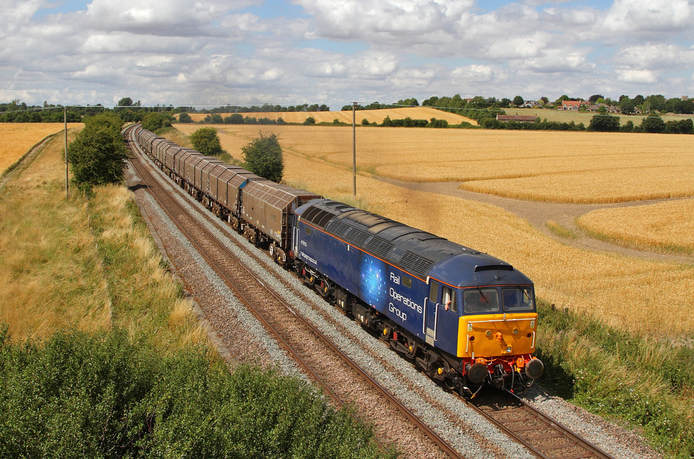 ROG owned 47813 today delivered a rake of 12 VTG-JSA's steel-hoods to Eastleigh-Arlington ZG for modification work  from Long marston where they have been in secure storage.It departed there at 09:00 nominally and ran as '6O86'.It is seen here at Arn Hill thankfully in a nice patch of sun whilst all about was some quite threatening clouds! After the last 6 weeks or so heatwave you kinda get used to not looking over your shoulder at the sky? 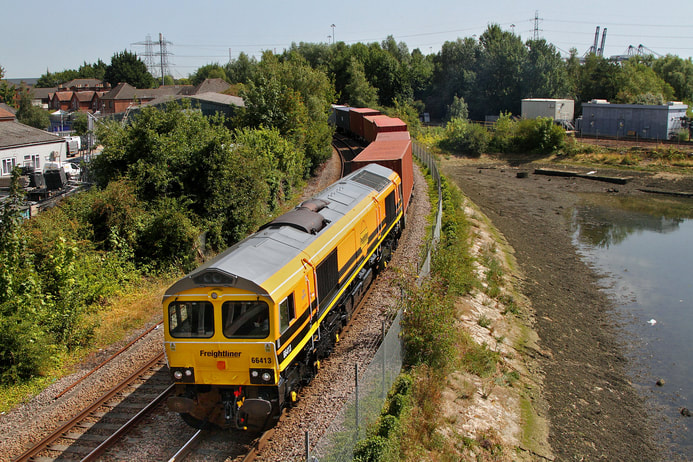 66413 in its new 'Genesee&Wyoming' colours works '4M67' the 14:17 from Southampton-MCT to Hams Hall-Parsec.This particular freightliner service travels via Andover thus making any choice of location to photograph it quite difficult at this time of day.So here it is at Redbridge having just diverged onto the Salisbury line there.Just about the only place possible to get some sort of a decent shot. 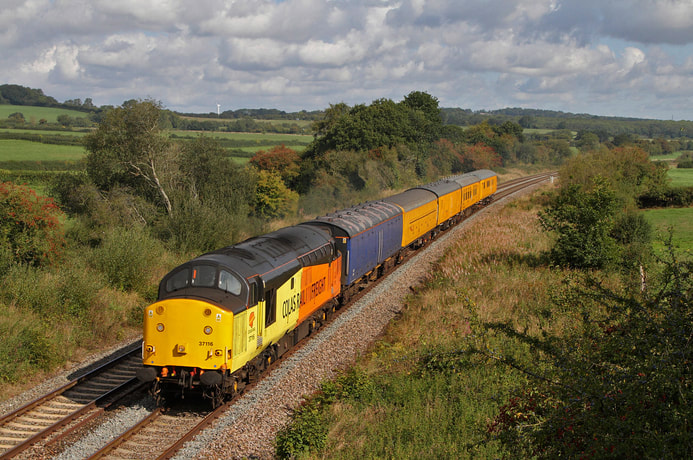 This loco once glorified in the name 'Sister Dora' when it was the Blue-Transrail celebrity way back in the mid 1990's.Today after being 'unpreserved' by Colas it spends its time mainly working Test-Trains such as this one for Network-Rail.So here is 37116 growling down through Upton Noble with '3Q14' the 10:28 from Westbury down to Weymouth and return (via Thingley Jn).A blue barrier type coach was today included in the train make-up.At least it added a bit of variety to the normally all-yellow formation! 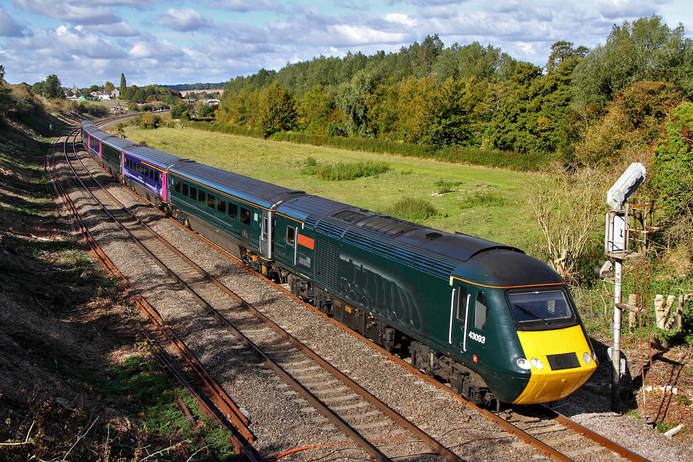 GWR's 43093 'Legends' with its rather faint logo showing up fairly reasonably for a change due to the sun being just about at 90-degrees heads '1A79' the 06:47 from Penzance to Paddington.Seen looking west at Hungerford Common.A lucky picture,the sun only lighting the scene literally a couple of seconds earlier! 43197 was on the rear. 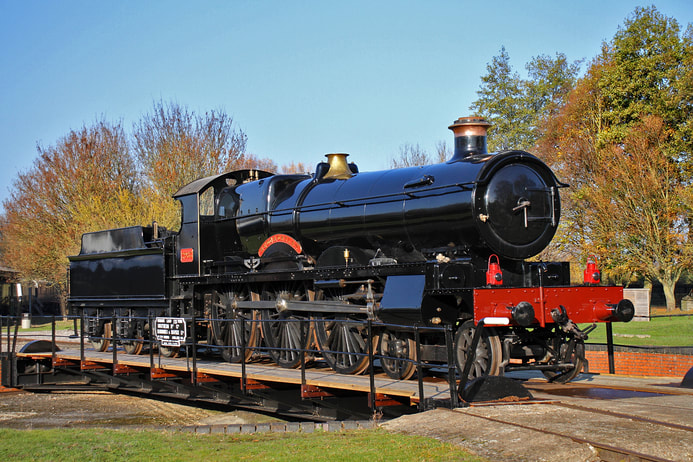 The almost 'ready to run' GWR-2999 or as it is shown here as 2983 'Redgauntlet' sitting on display on the turntable in Didcot Railway Centre. It is only in this black livery for a short time as when it is ready for steaming in the Spring of 2019 it will be refinished in GWR-Green.Luckily it was a perfect day lightwise for these one time only valedictory shots. 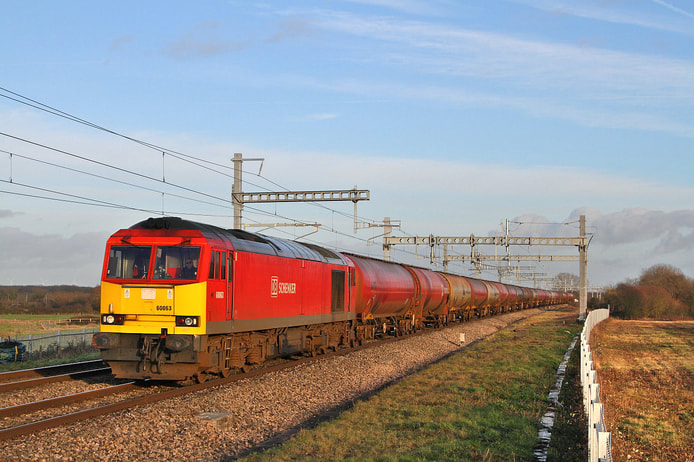 Schenker-Tug 60063 heads a now fairly unusual Saturday '6B33' from Theale (12:14 off) returning empty TEA's to Margam Yard.Seen a South Marston nr Swindon where the awful OHLE is conveniently on single sided masts allowing for an unobstructed view here on the south side of the line.