This place ia a complete time-capsule as it was abandoned overnight in 1970 after a railway derailment on the french side of 8-km long Samport Tunnel destroyed a large girder bridge thus cutting of the through route between France and Spain.The french railway company elected not to rebuild the destroyed bridge on cost grounds and so this huge station at Canfranc where the two different track gauge systems met for passenger and freight interchanges became un-necessary and was simply left to decay.A single platform remains for a limited DMU service to here from Zaragoza.The rest of the station including a loco depot,multiple platforms and acres of sidings still containing quite a few pieces of rolling stock was simply left.Today nearly 50 years later most of this area remains as it was in 1970.A visit here is a definite candidate for any rail enthusiasts Bucket List!

All pictures in this Gallery taken with a small 'point and shoot' pocket sized Fuji-Finepix AV135 12 m pixels.
Click HERE for more Information on this amazing location. 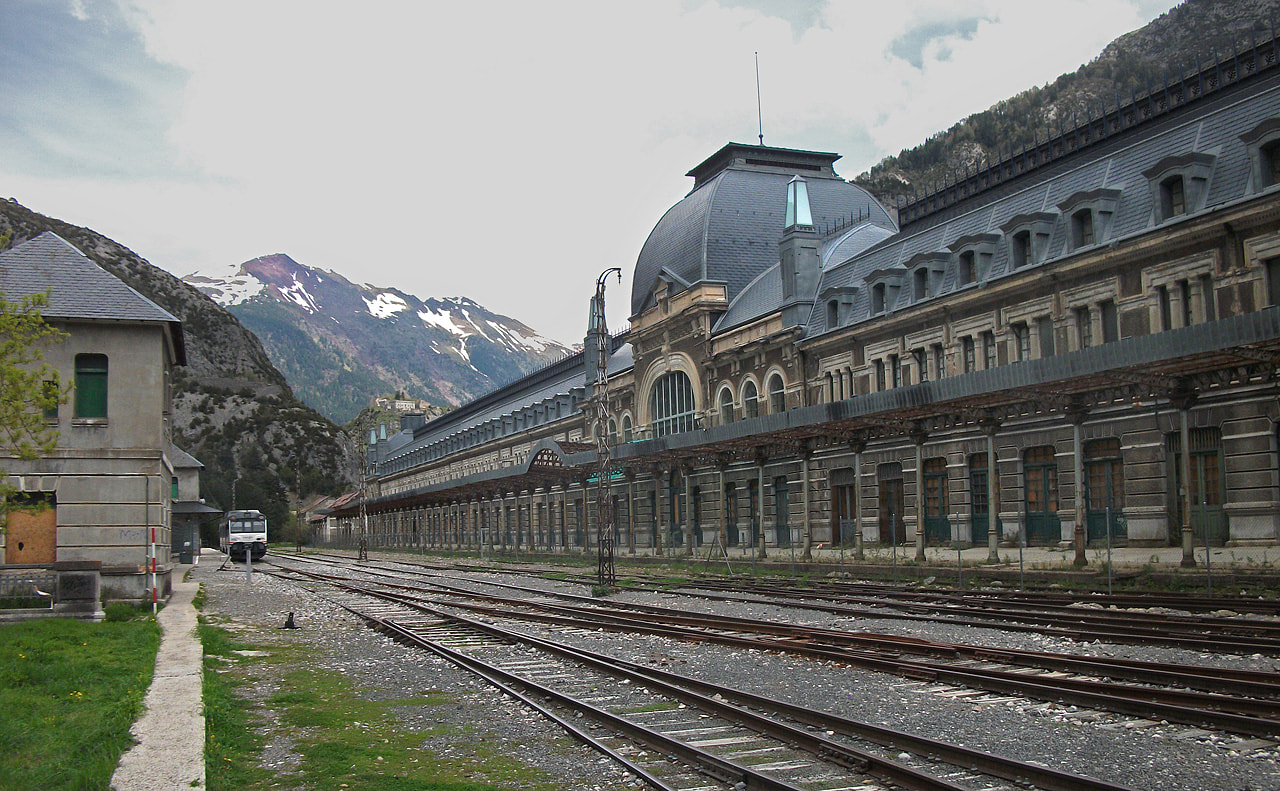 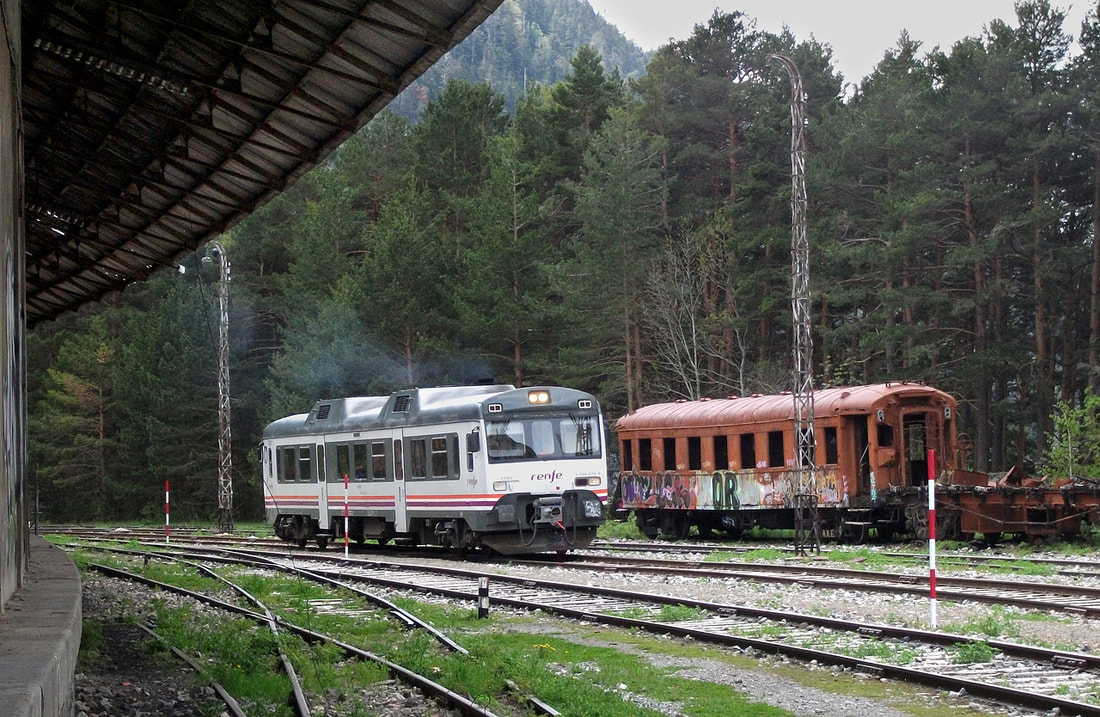 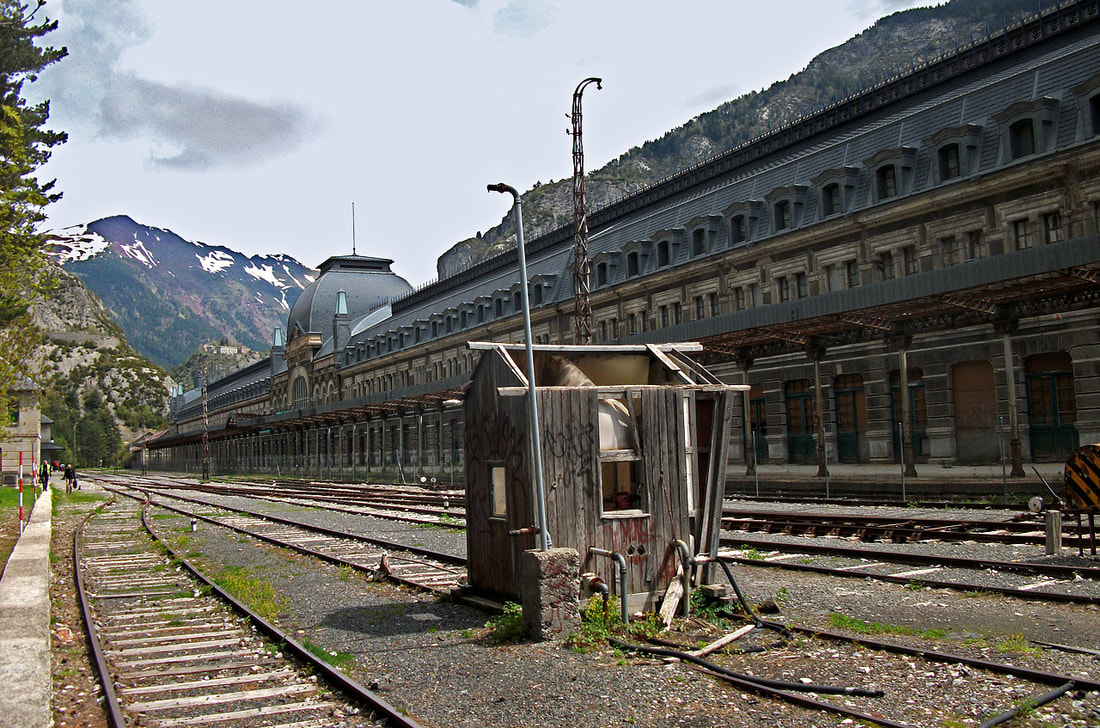 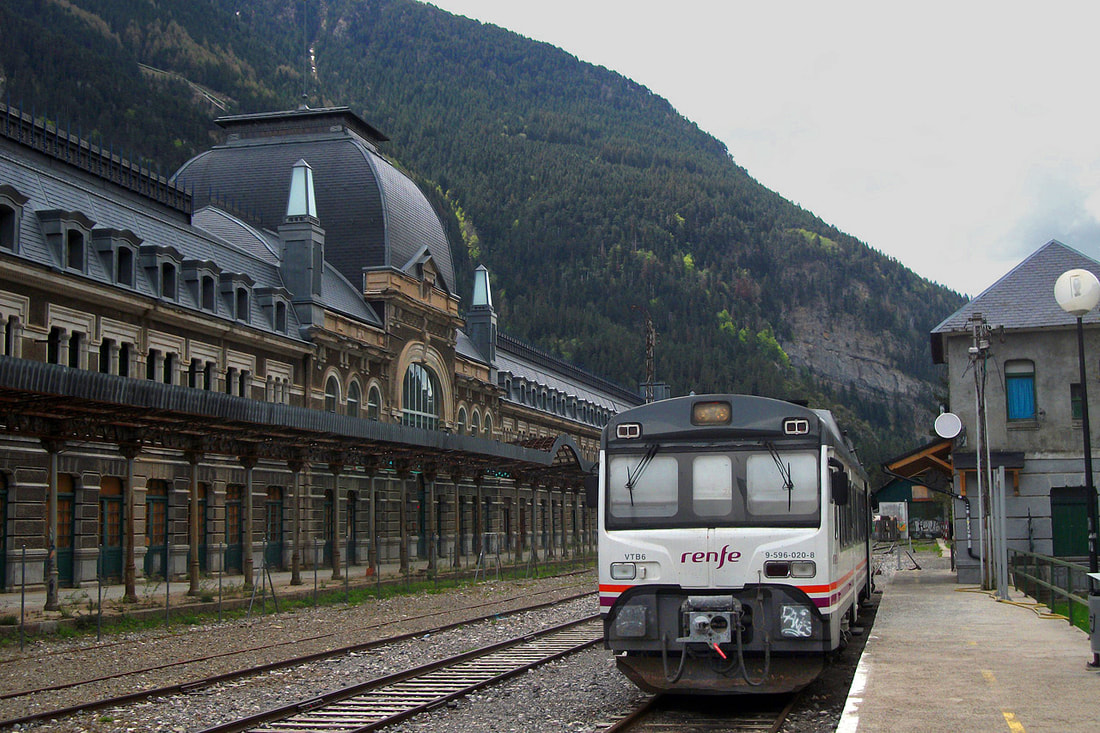 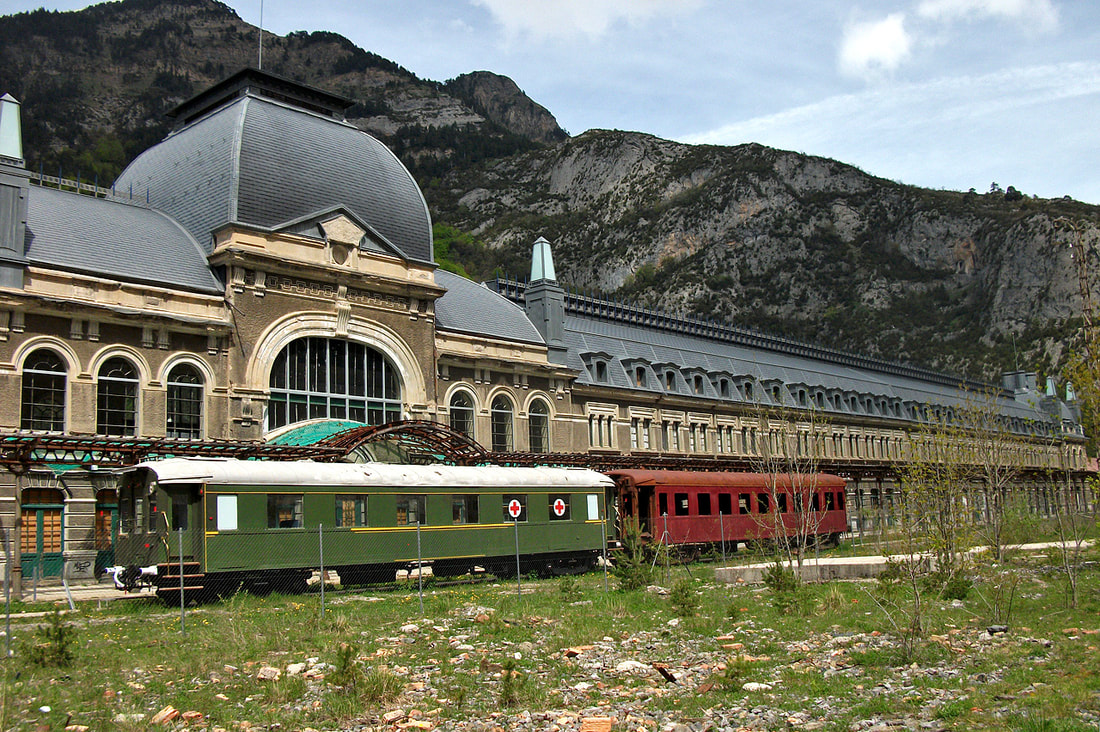 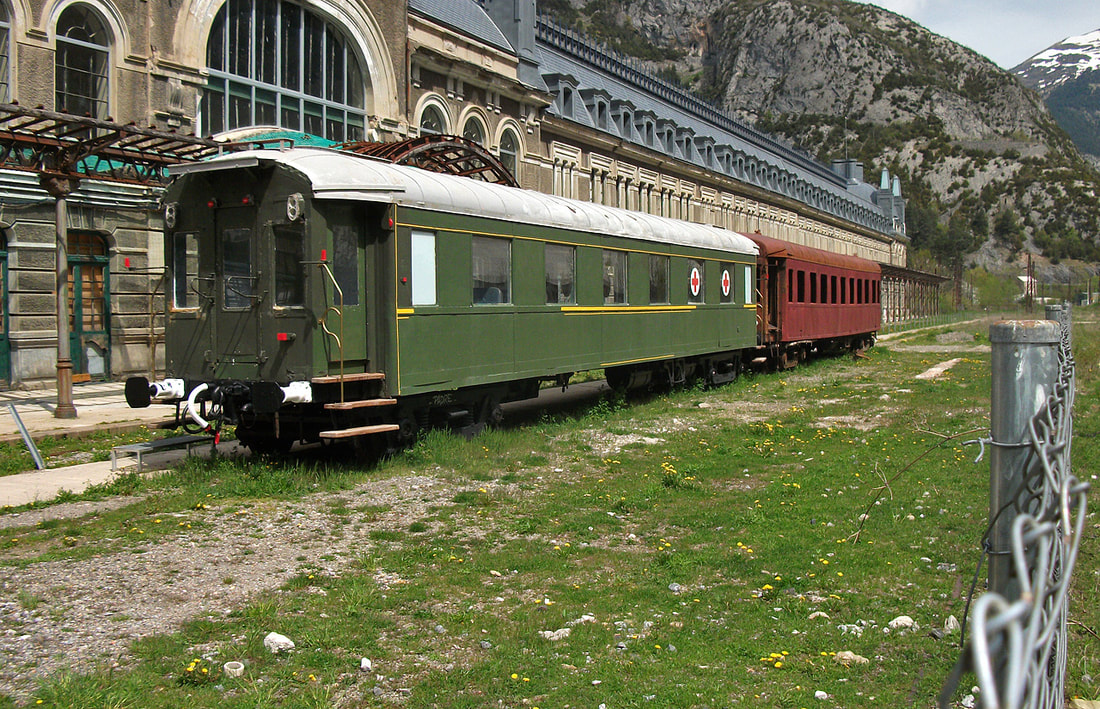 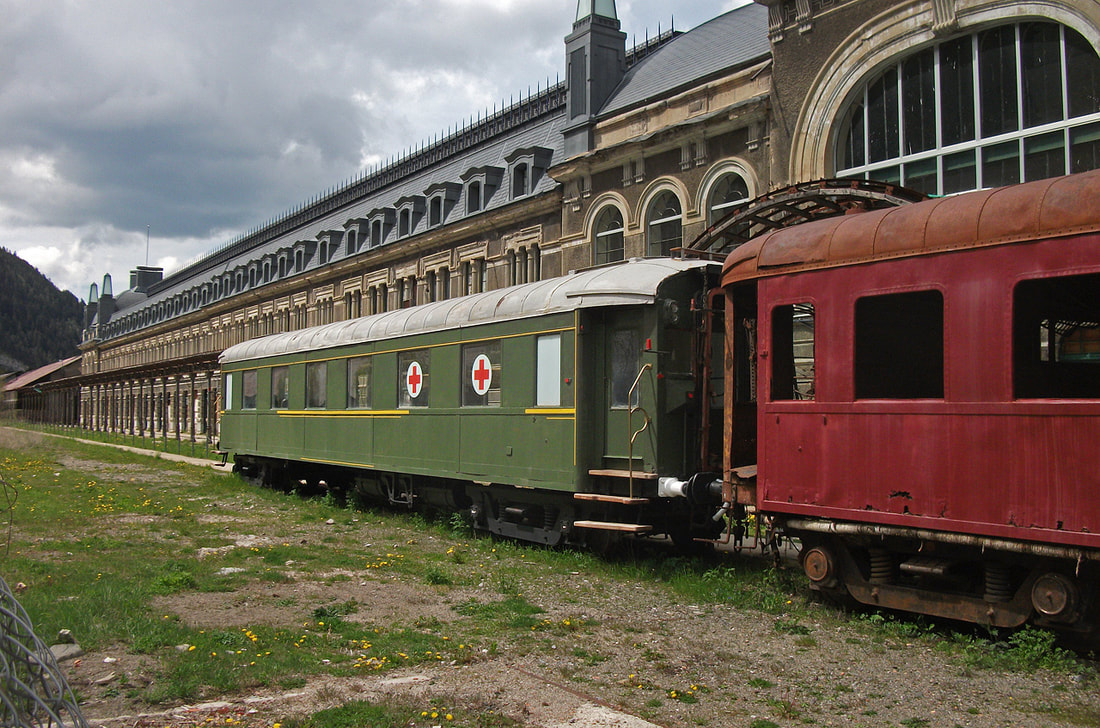 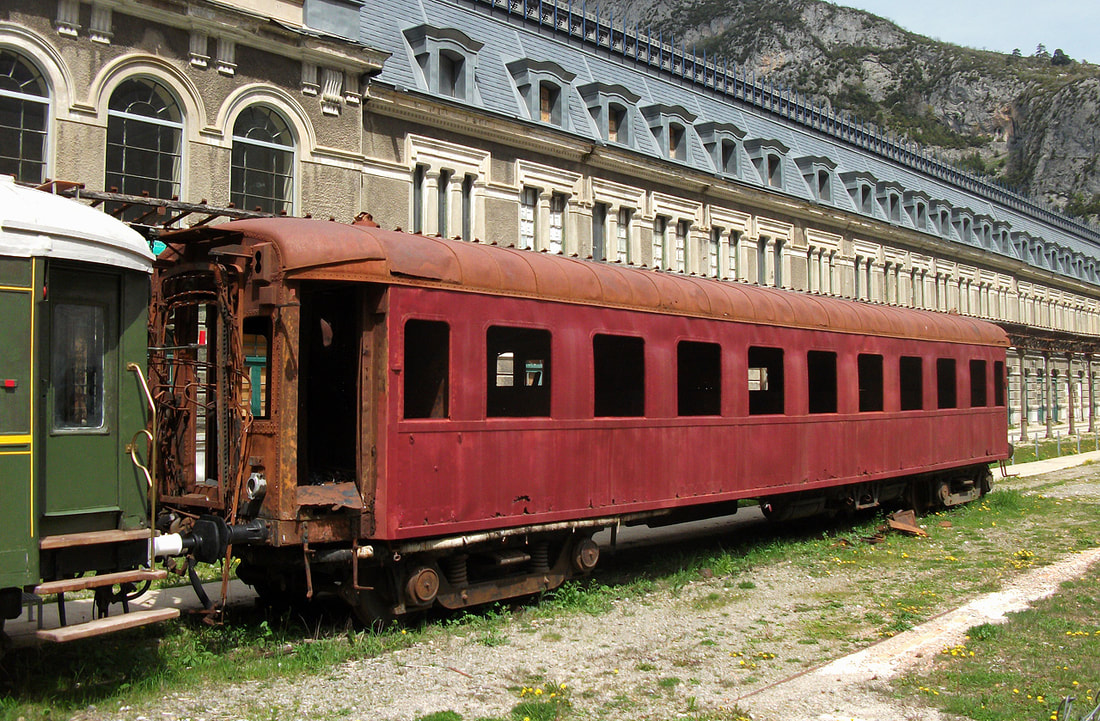 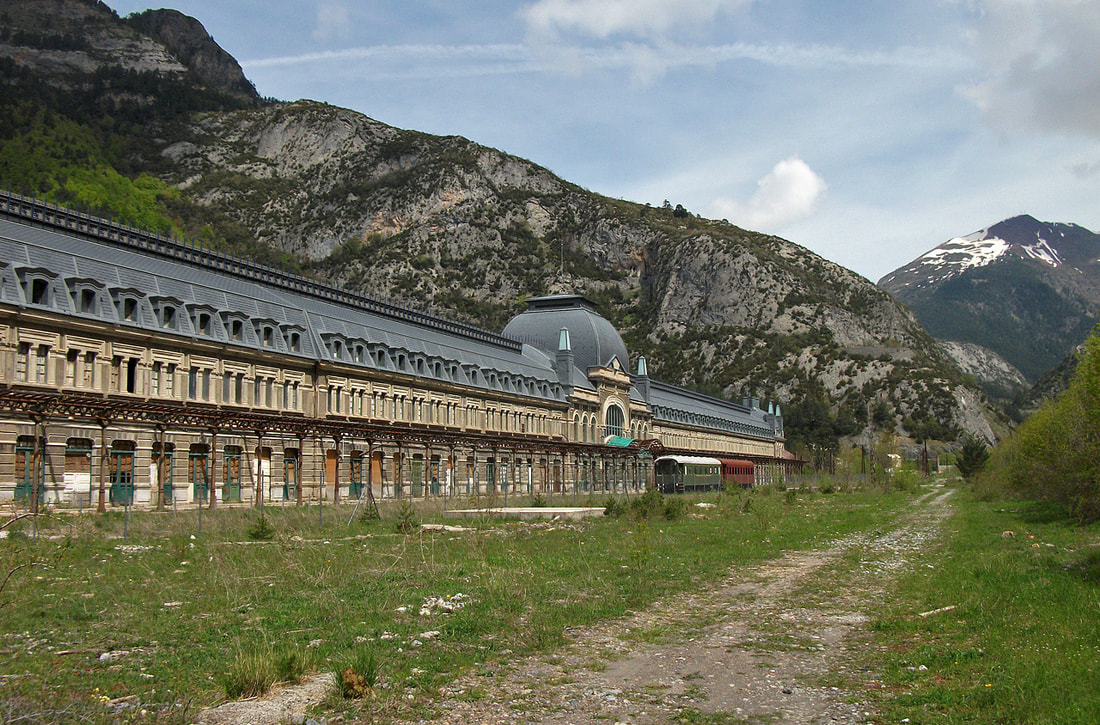 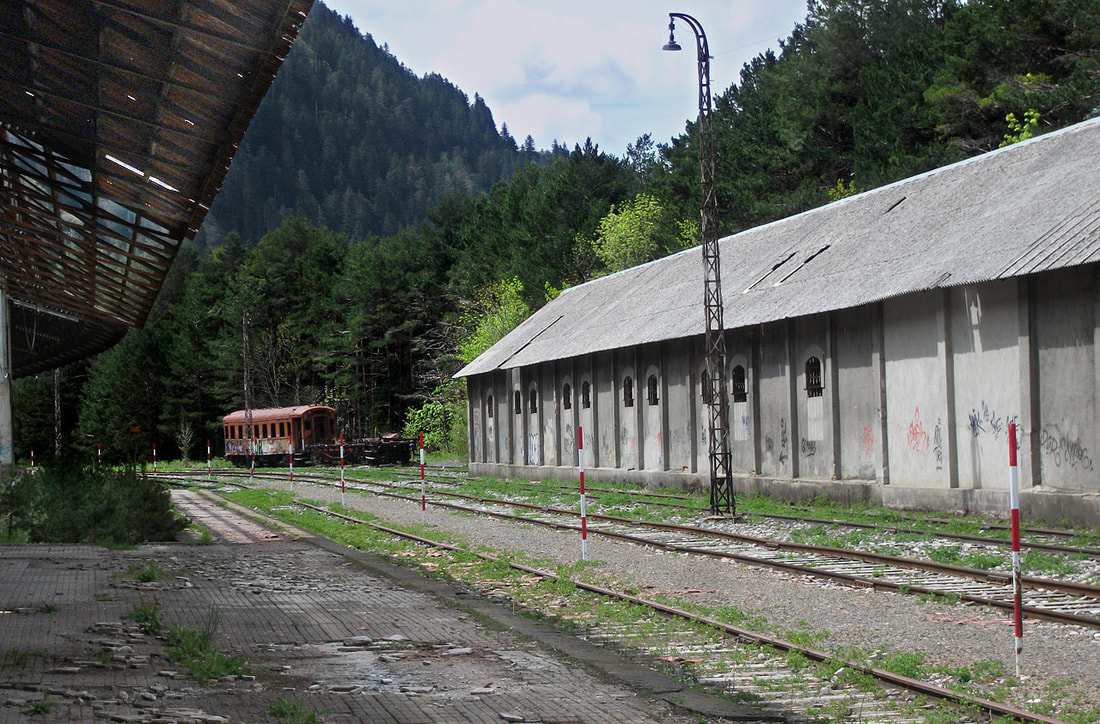 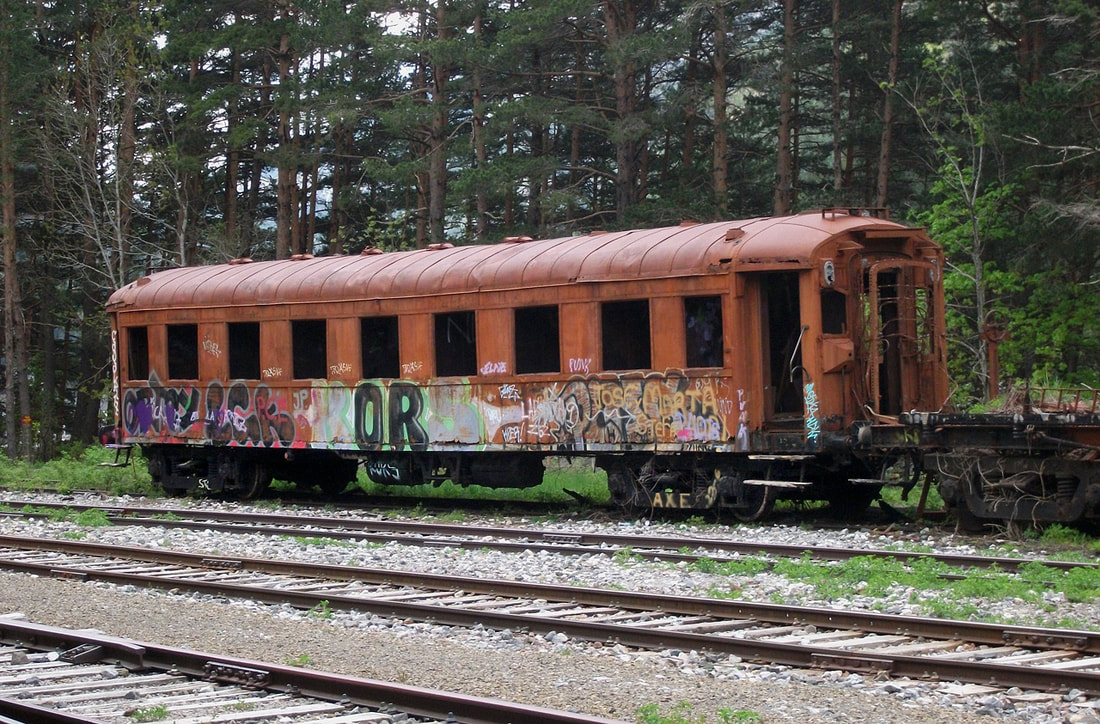 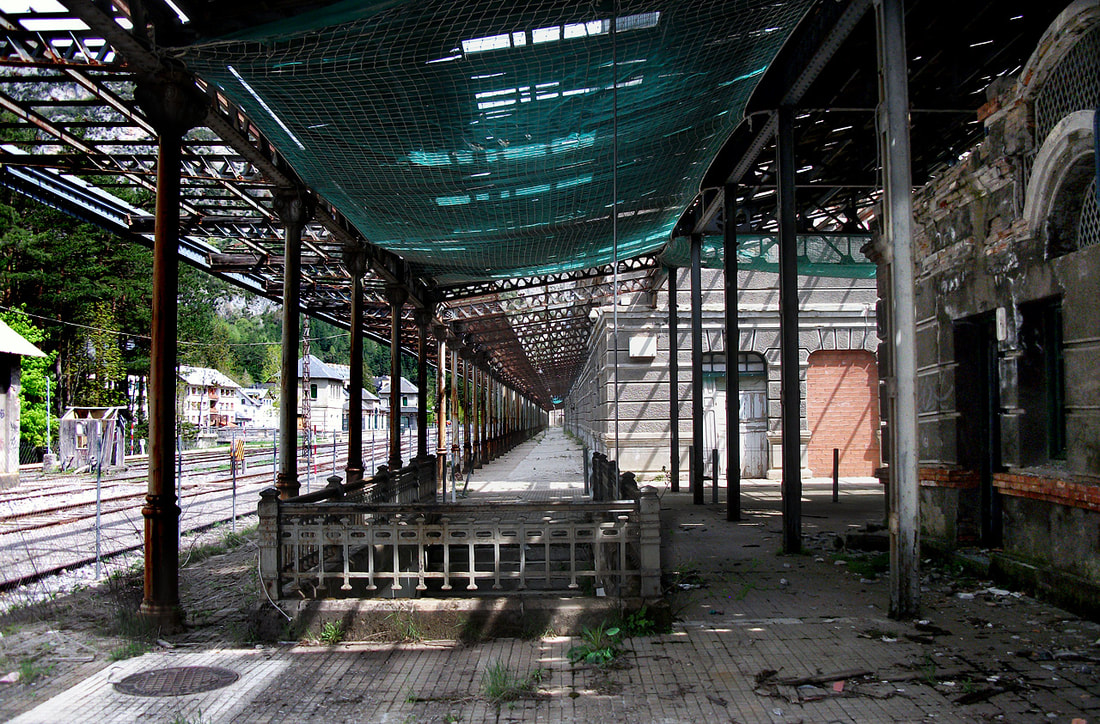 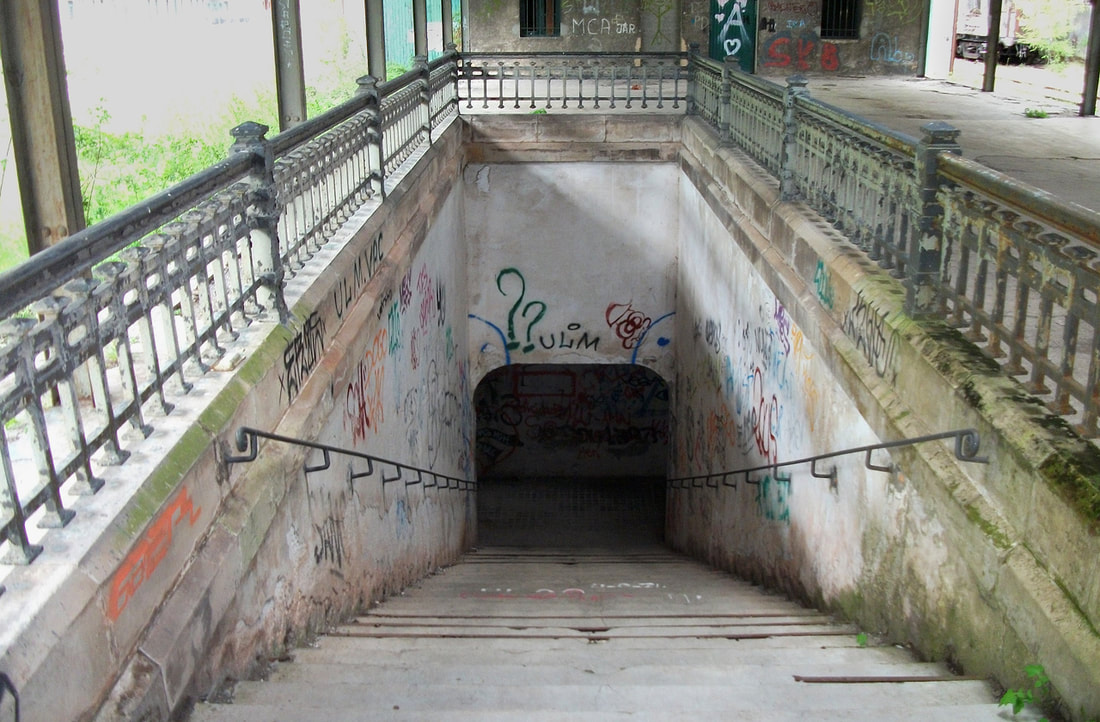 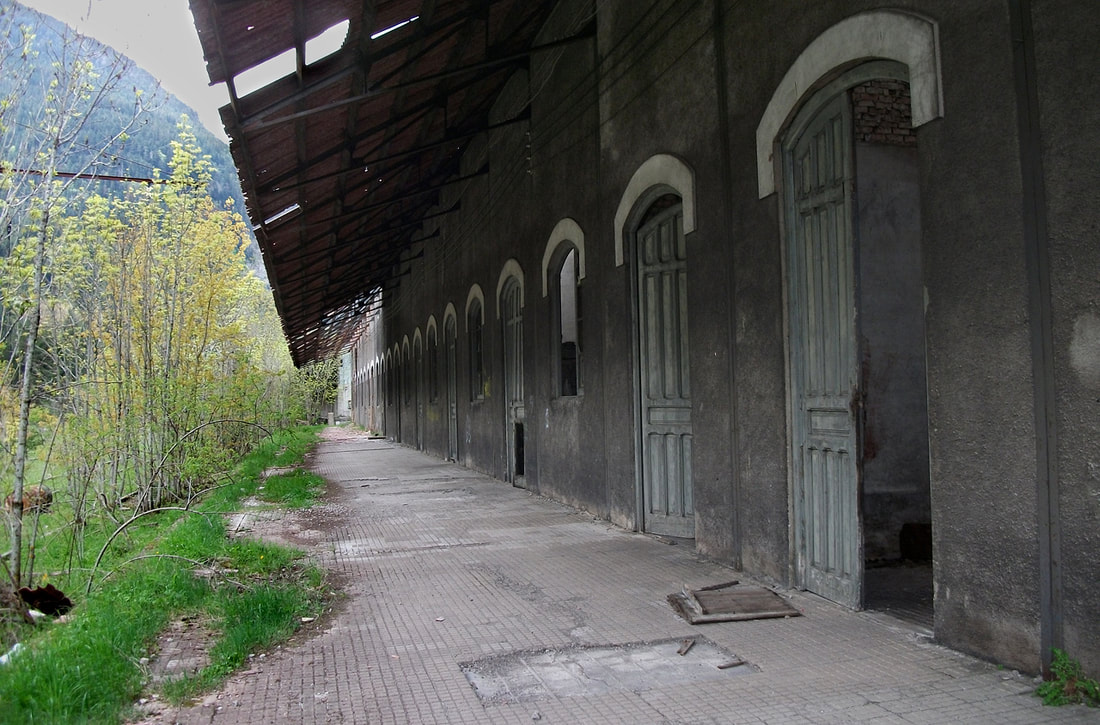 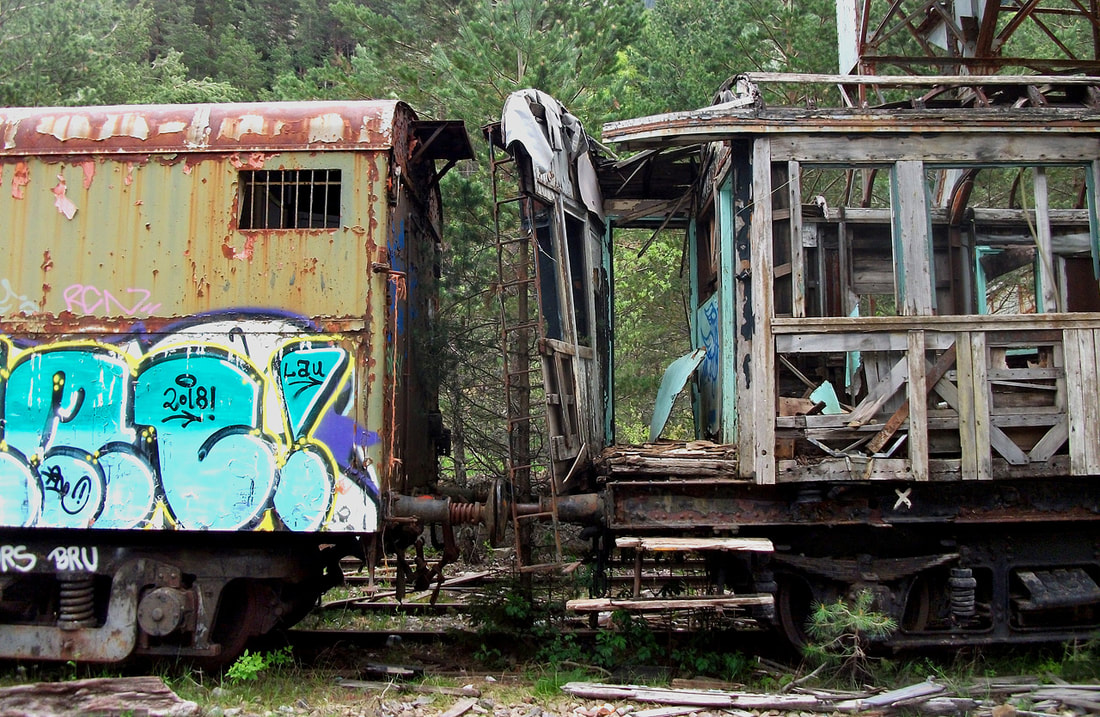 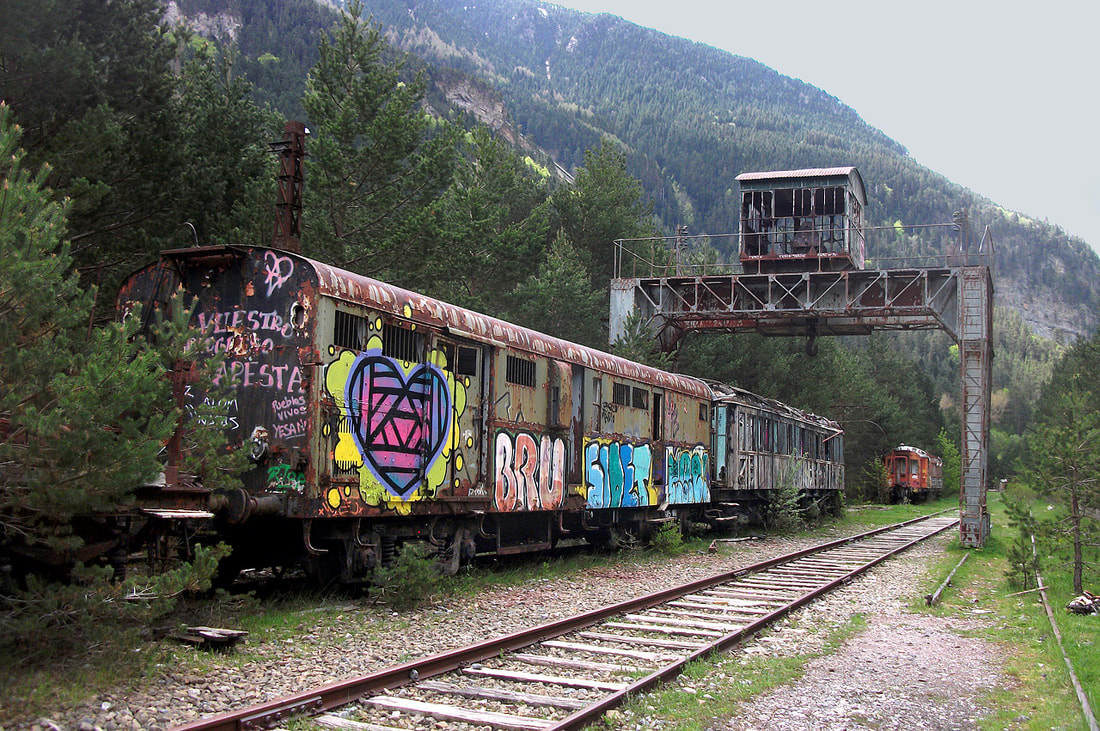 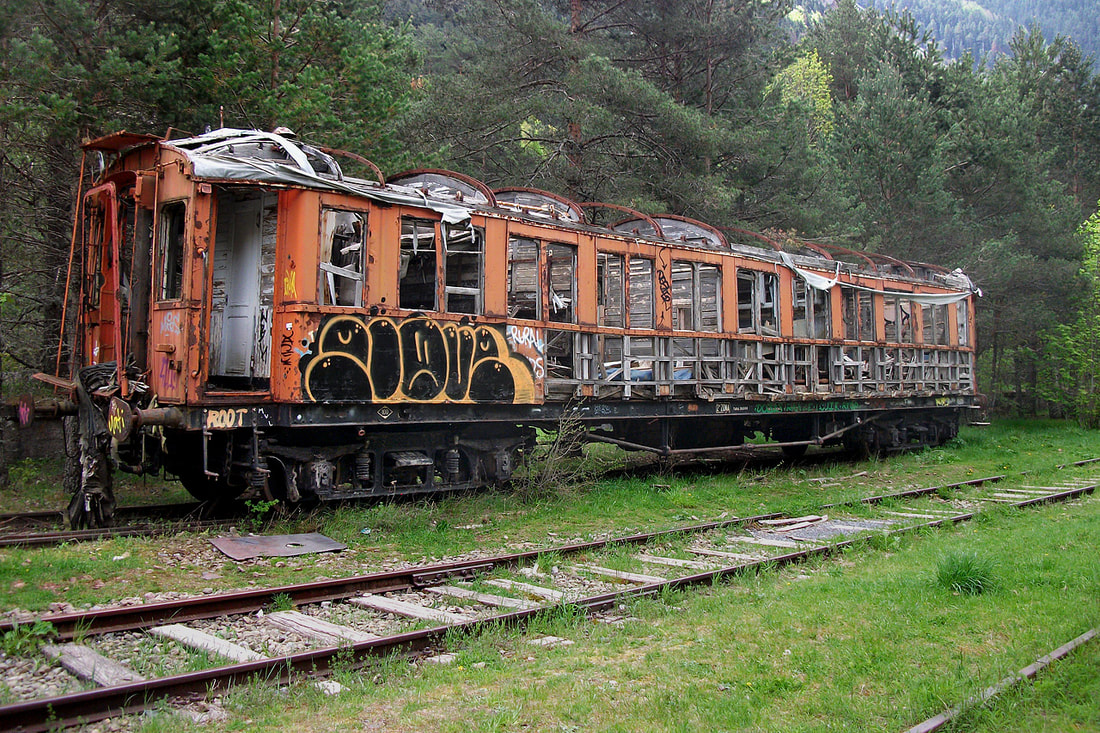 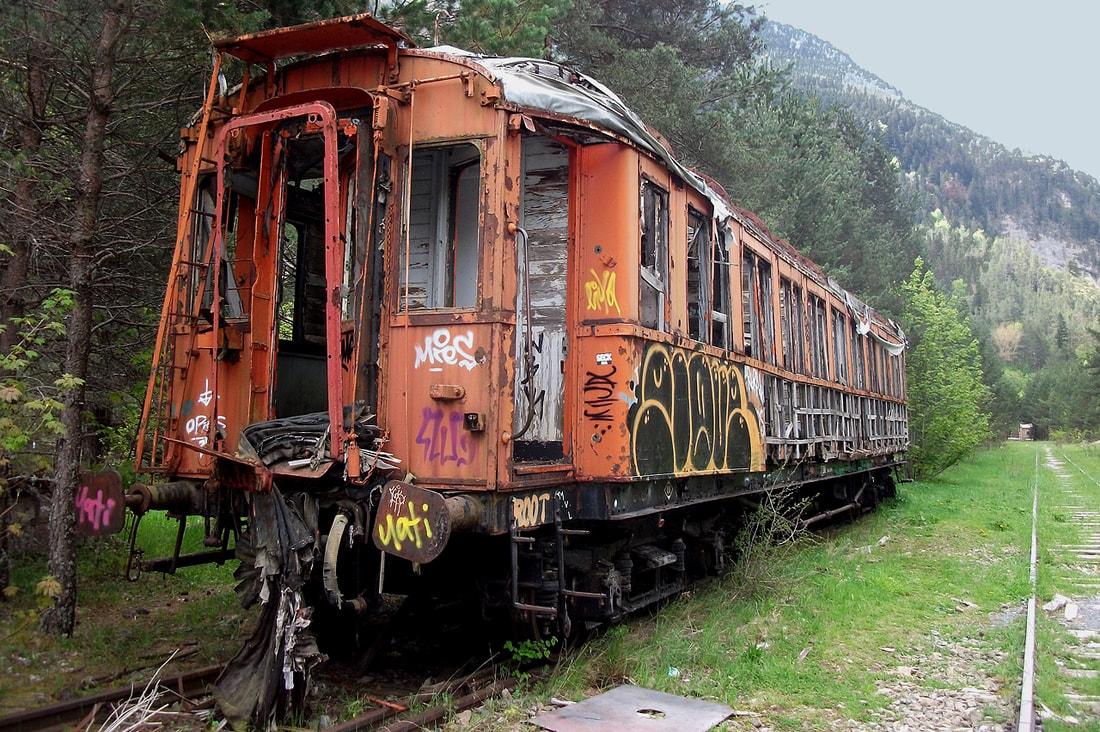 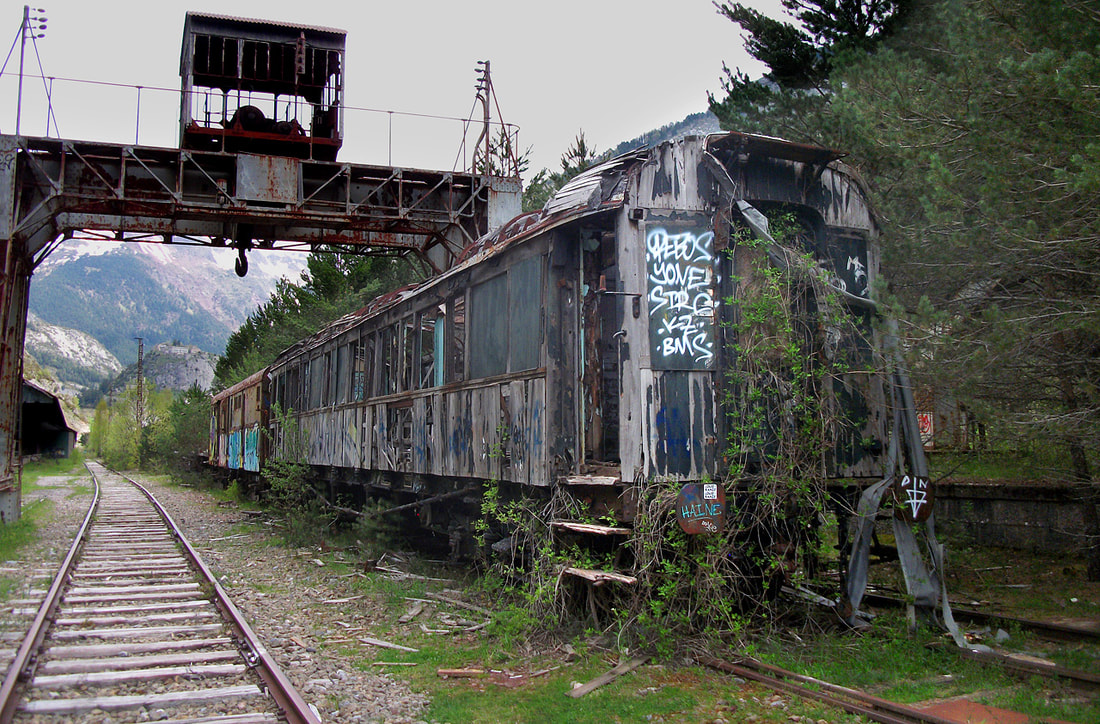 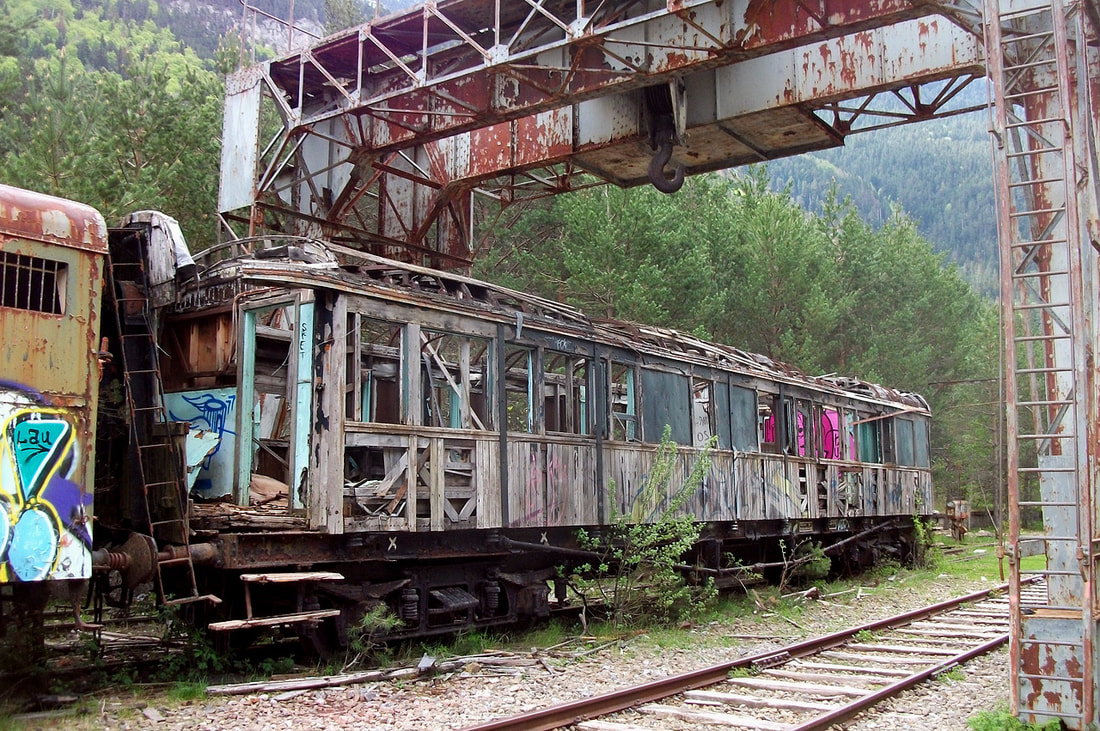 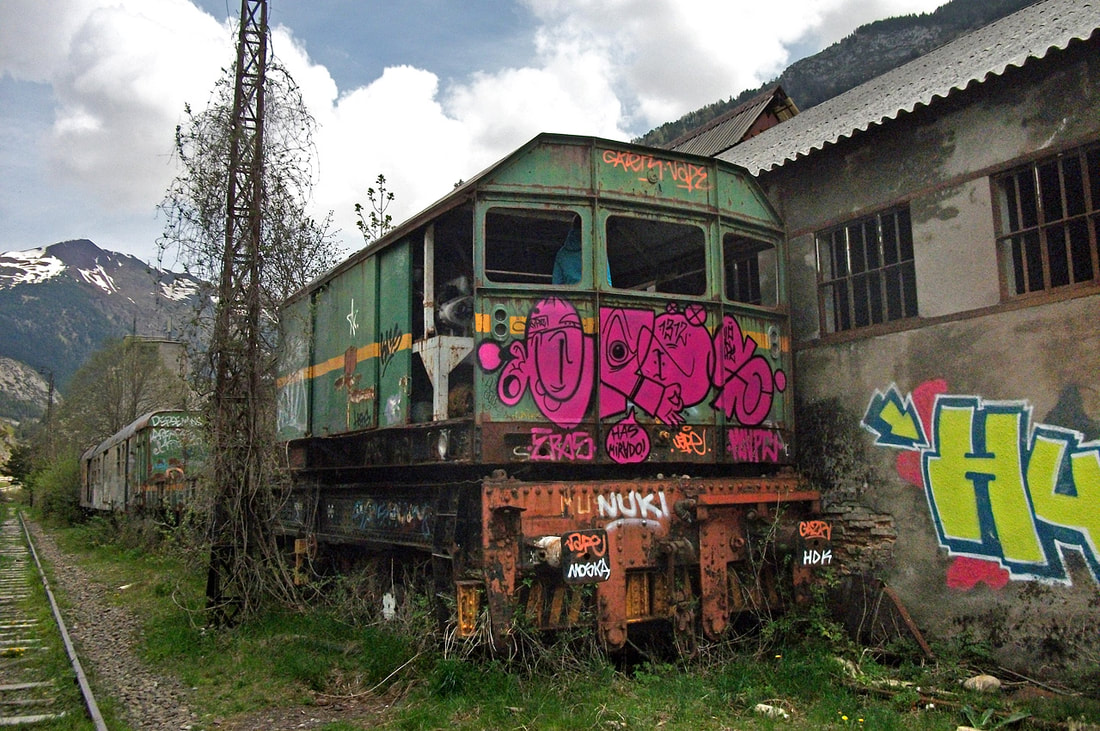 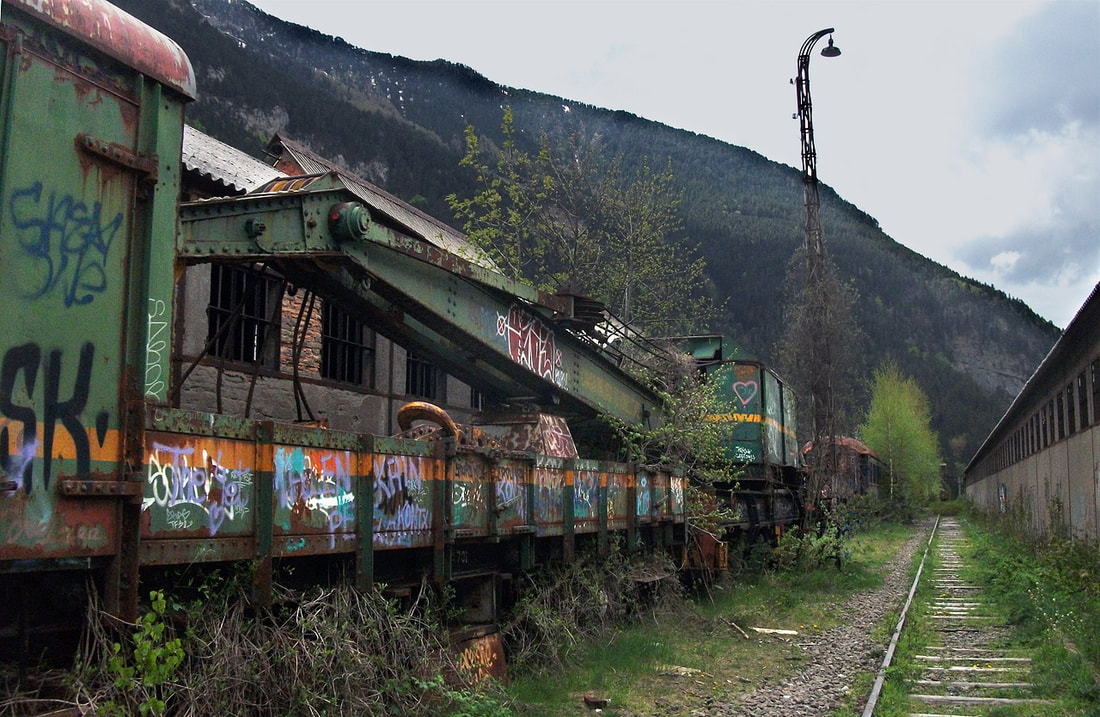 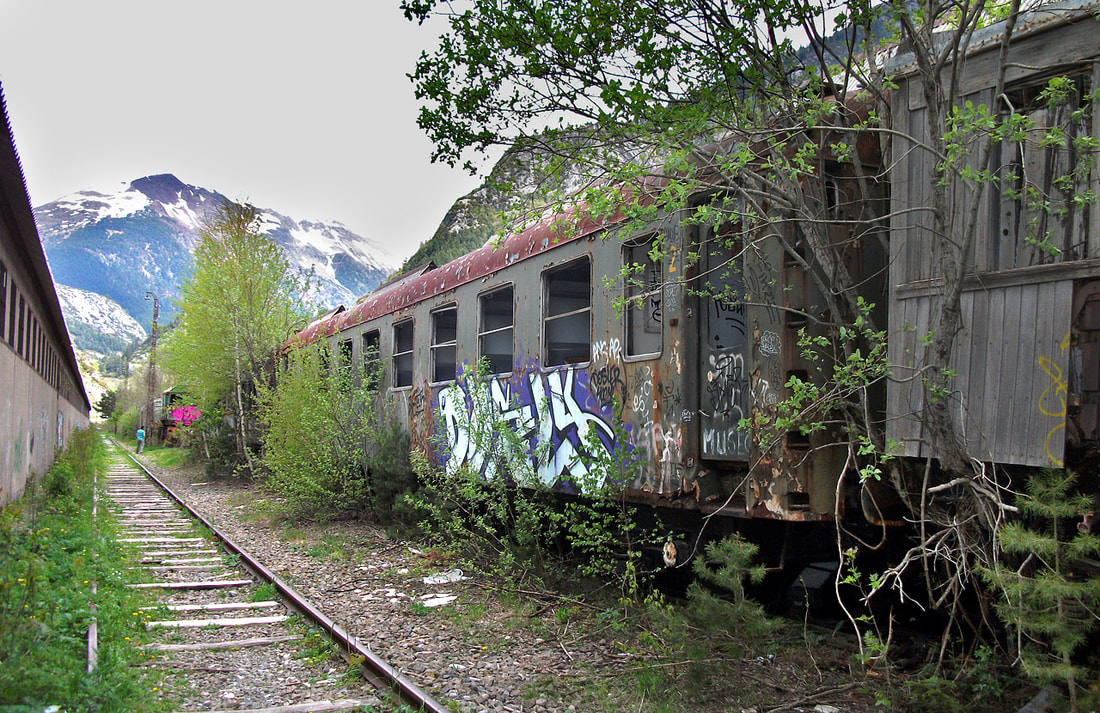 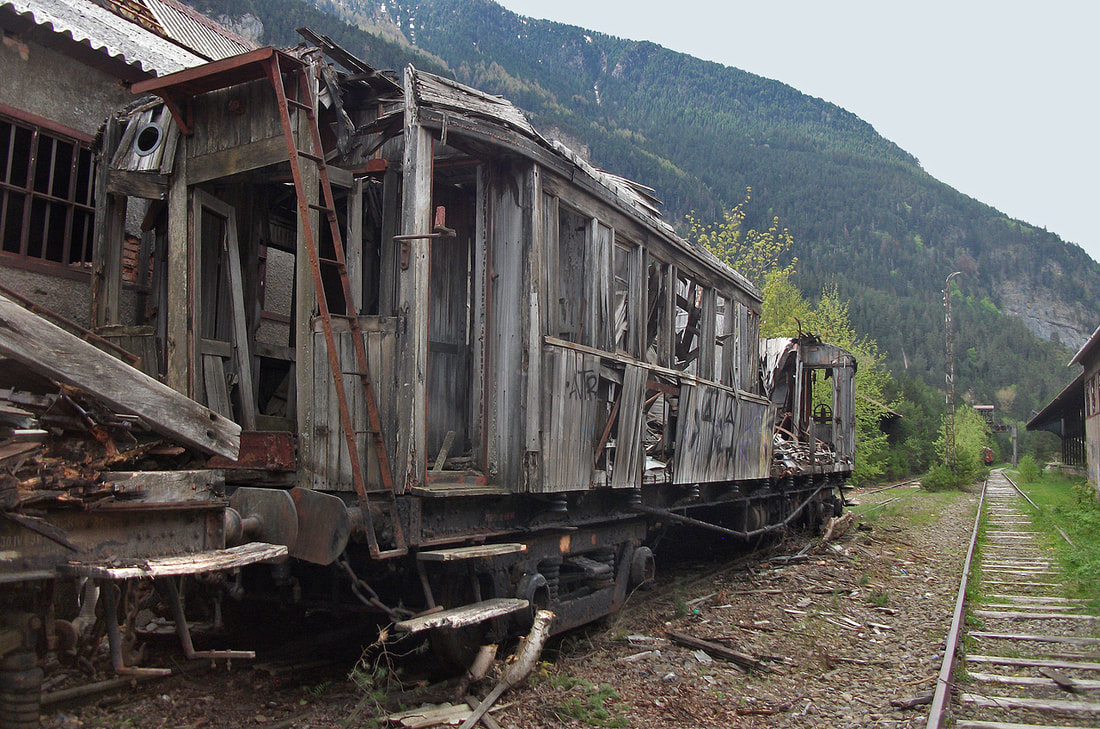 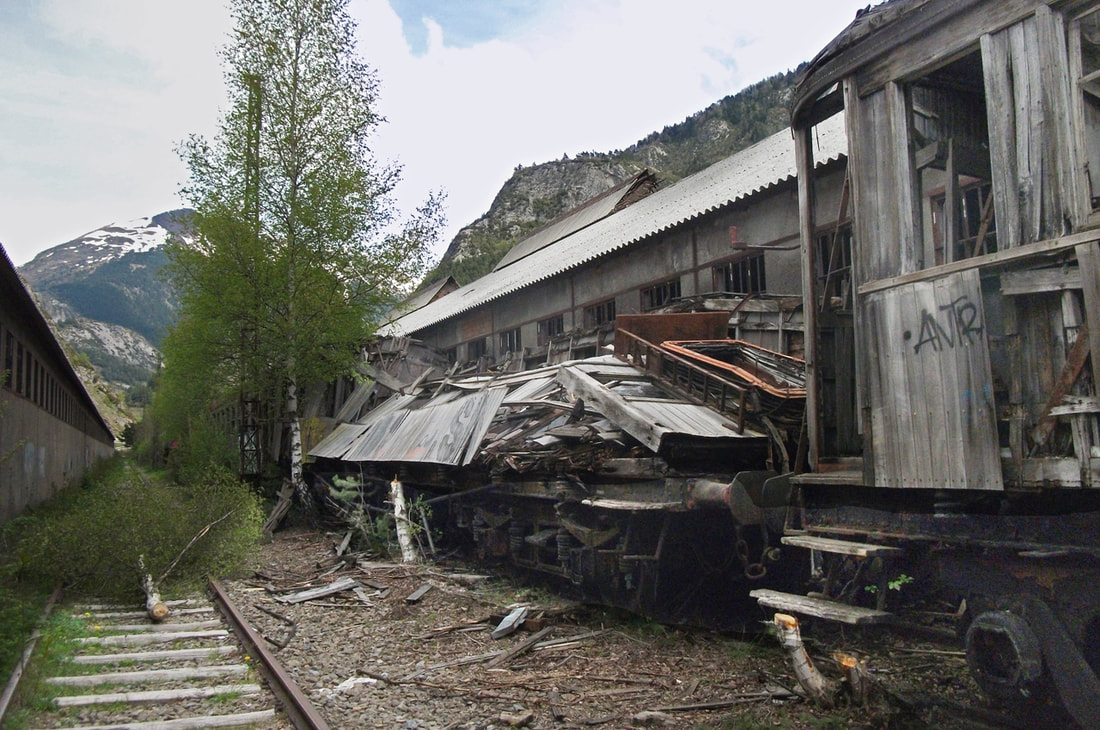 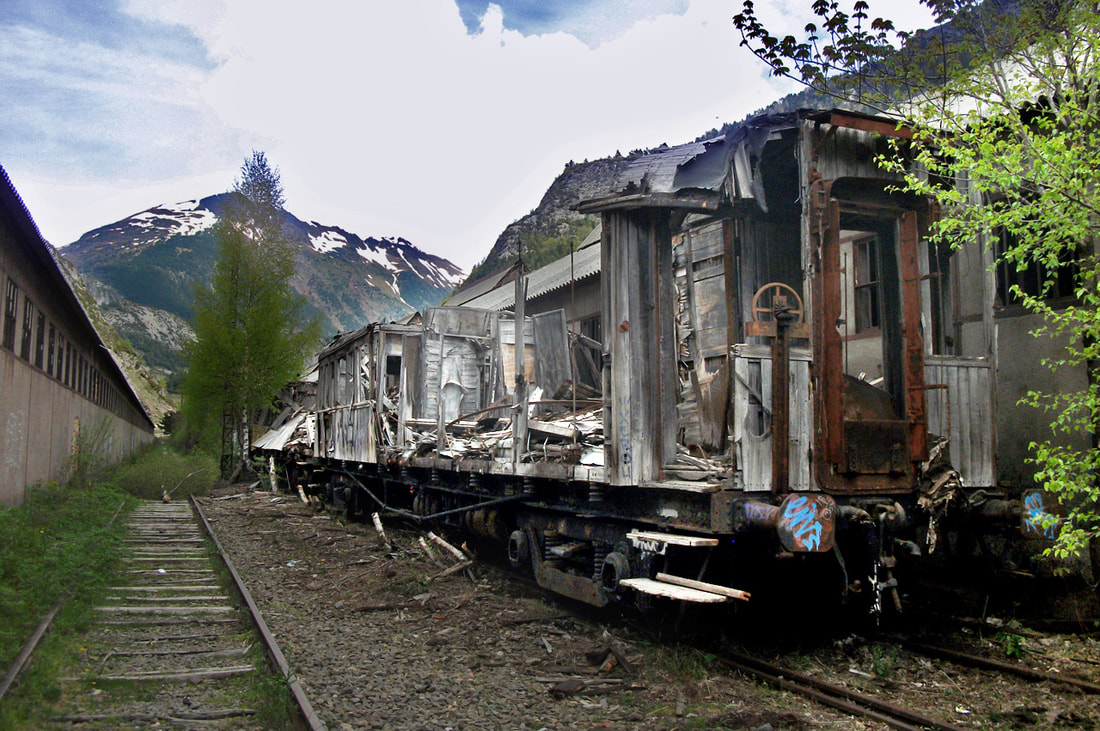